Many hundreds expected at Memorial of Blessed John Sullivan SJ 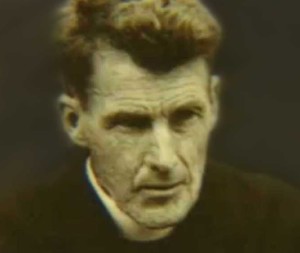 Bishop Denis Nulty will celebrate the Memorial Mass of Blessed John Sullivan SJ at Clongowes Wood College today, Sunday 12 May. The Jesuit priest, who lived and worked many years at the college, was beatified two years ago on 13 May 2017.

“We are waiting for that elusive miracle and then we are on to the next stage,” Fr Conor Harper, Vice Postulator for the canonisation cause of Blessed John told CatholicIreland.net.

Five to six hundred people are expected at the Mass in the Boy’s Chapel at 3.00 p.m. The event is always so well attended that it is streamed by live video link to the John Sullivan chapel and outside the Boy’s Chapel. Afterwards the congregation will have the opportunity to be blessed by his cross, which is associated with many healings.

John Sullivan, son of Sir Edward Sullivan (then Lord Chancellor of Ireland) and Lady Sullivan, was a past pupil of Portora Royal School, Enniskillen, grew up in the Church of Ireland, and was a graduate and gold medalist in Classics in Trinity College (1879–1885).

While studying Law in London he converted to Roman Catholicism and later joined the Jesuits. In his ministry after ordination he became known and revered for his care of the sick and poor for many years in the environs of Clongowes Wood in Clane, Co. Kildare. He died on 19 February 1933.

Fr Sullivan became Blessed John Sullivan SJ two years ago when was beatified in St Francis Xavier’s Church, Gardiner St, Dublin. In an unprecedented ecumenical gesture, the formal request for beatification to the representative of Pope Francis at the ceremony was made together by the Catholic Archbishop of Dublin, Diarmuid Martin, and the Church of Ireland Archbishop of Dublin, Michael Jackson, reflecting the fact that Fr John was Anglican for the first half of his life and Roman Catholic for the second.

At the end of March 2019, a new portrait of Blessed John Sullivan SJ was unveiled in the Robert Emmet Theatre in Trinity College Dublin. It is the first time a college graduate has been honoured in this way. The painting, commissioned by Trinity College and painted by artist William Nathans, depicts Fr John praying the rosary. It now hangs in the Oratory of Trinity College.

According to Fr Harper, the late Archbishop of Dublin Dr George Otto Simms, when asked why he showed such warm enthusiasm for the notion of the honouring of John Sullivan by the Catholic Church, responded that “we must never forget that John was a member of the Church of Ireland into mature adulthood. By then his character would have been well formed. So, his holiness he would have learnt in the Anglican tradition and the Roman Catholic Church reaped the fruits of that solid foundation!”

During his lifetime, many miracles were attributed to the Jesuit priest. His beatification received the papal approval of Pope Francis on 26 April 2016 after a single miracle attributed to him was recognised. But according to the Vice Postulator, another one is much needed to progress his cause.

The mortal remains of Blessed John Sullivan SJ lie in a shrine in St Francis Xavier’s Church, Gardiner St, Dublin. His Feast Day is 8 May.