WHO reports reduction in malaria rates 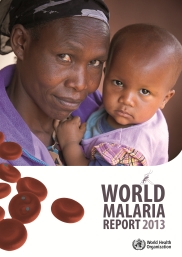 According to the World Health Organisation’s ‘World Malaria Report 2013’ this is due to the increased political commitment and expanded funding for efforts to control and eliminate malaria.

As a result, an estimated 3.3 million lives have been saved since 2000.

Most of those saved lives were in the 10 countries with the highest incidence of malaria.

The group most affected by the disease are children under 5 years.

During the 12-year period, malaria mortality rates in children in Africa were reduced by an estimated 54%.

“This remarkable progress is no cause for complacency: absolute numbers of malaria cases and deaths are not going down as fast as they could,” according to Dr Margaret Chan, WHO Director-General.

“The fact that so many people are infected and dying from mosquito bites is one of the greatest tragedies of the 21st century,” she added.

There are many malaria reduction programmes provided by an array of organisations, often as part of broader health programmes.

For example Sr Cecily Bourdillon, a native of Zimbabwe, and an MMM doctor, has been responsible for a network of home-based care services in seventy-six villages in the Shire River Valley area of Malawi.

The estimated population of 22,544 in the various villages have trained home-based care volunteers. At central healthcare centres groups of locals gather in the shade of a large tree to learn about topics such as malaria prevention and treatment, HIV/AIDS, rehydration and nutrition. After the lecture, children are weighed, screened and vaccinated.

Another project run by the WHO, the Malaria Programme, with a grant from the Government of Canada, has concentrated on reducing deaths in children under 5 years of age living in remote rural areas in Africa.

Between 2013 and 2015, more than 7,500 community health workers living in a thousand villages across 5 countries in sub-Saharan Africa will be trained to care for 1.2 million children.

Dr Bacary Sambou, Technical Officer, WHO Democratic Republic of Congo office explained: “Too many young children are dying in rural, remote parts of this country, and 80% of those deaths are precipitated by three diseases – malaria, pneumonia and diarrhoea. This is senseless, because we have excellent tools to diagnose and treat all of them.”

The report highlights that malaria prevention suffered a setback after its strong build-up between 2005 and 2010. This was mainly due to lack of funds to buy bed nets and there were some signs of improving numbers for 2014.

Despite progress, millions of people continue to lack access to diagnosis and quality-assured treatment, particularly in countries with weak health systems. Global funding has increased from less than US$100 million in 2000 to almost US$2 billion in 2012.

This and domestic funding of US$ 0.5 billion is less than half the US$5.1 billion needed each year for universal access to interventions.