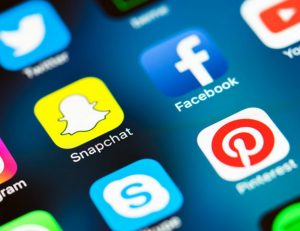 A Fianna Fáil deputy has appealed to have a bill on social media transparency passed into law before the Referendum on the Eighth Amendment.  Deputy James Lawless (FF), sponsored the Online Advertising and Social Media (Transparency) Bill 2017 which is currently in committee stage.

“A lot of ads come up anonymously [on Facebook or other online platforms ]  without identifying what is behind it,” he told CatholicIreland. “They can be quite sophisticated using data mining and people’s preferences to decide what way to target the piece. It is dishonest where people can pretend to be something that they are not and try to influence people in ways, where people are not informed about who is trying to influence them.”

The bill, which runs to just over three pages, requires that online political advertising “shall display a transparency notice” and it is the obligation of the online platform to ensure the notice is displayed.  It also says that online political advertising “shall not be paid for from monies provided out of the Central Fund”. For the purposes of the act, the transparency notice must give “the name and address of the person, company, organisation or entity that paid for the online ad” and a description of the audience targeted by the ad. The notice must be clearly legible.

“In a nutshell, I feel it is bringing transparency to the online space and updating the electoral laws that were written for the age of posters and leaflets – bringing those into the online space,” said the North Kildare deputy, who added that the measure only applied “to professional / paid for advertising – it has no impact on the private user, other than what they would see in their ad frame, they can click and see what’s behind it.”

The Bill also deals with the topic of ‘bots’ (short for robot), which are software applications that run automated tasks (scripts) over the Internet. Typically, bots perform tasks that are “both simple and structurally repetitive, at a much higher rate than would be possible for a human alone” according to Wikipedia.

The legislation states that it will be an offence for any person to use a bot to cause “multiple online presences that are directed towards a political end to present to a user of an online platform as an individual account or profile on any online platform”. 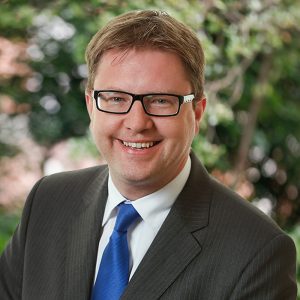 Deputy Lawless explained that the Transparency Act was “especially for people who are trying to tarnish one side or the other”. Referring to a recent exposé on the use of social media in the general elections in Kenya where social media ads were “matched to people’s fears”, he commented, “That’s a little nasty. It’s okay to do that in politics, I suppose,  but what’s not okay is not to be upfront about who you are and who is behind it. At least say ‘Brought to you by the campaign for the other guy’.”

The bill which has the support of almost all the parties, except Fine Gael and the “hard left” parties, should be passed in advance of the Referendum on the Eighth, said the deputy.

“The bill is not aimed at any one vote or referendum, but given that we have a referendum coming up this year which is probably going to be very divisive, very hard won / hard lost –  it makes sense to have it in law by then.  Why not bring it in now if we are going to bring it in at all?” he said.