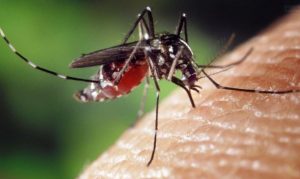 The female of the species is more deadly than the male. (Pic Govertnment of the Ivory Coast)

‘Universal health coverage: Everyone everywhere’ is the theme of tomorrow’s UN World Health Day (Saturday 7th April), but about half the world’s population does not have access to the full range of essential health services, according to the Medical Missionaries of Mary.

In the order’s April newsletter, Sr Carol Breslin also notes that 2018 also marks the 70th anniversary of the World Health Organisation (WHO), whose constitution states: “The enjoyment of the highest attainable standard of health is one of the fundamental rights of every human being without distinction of race, religion, political belief, economic or social condition.”

She explains that, for the WHO, universal health coverage does not mean free coverage for all possible health care, regardless of the costs. “No country can provide all services free of charge on a sustainable basis,” she says. “Universal health coverage (UHC) means that all individuals and communities receive essential health services without suffering financial hardship. It includes health promotion, preventive interventions, treatment, rehabilitation, and palliative care. It reduces the risk that people will be pushed into poverty because unexpected illness requires them to use up their savings, sell assets, or borrow funds – destroying their futures and often those of their children.”

“Still, health coverage is not just about finances but takes in all components of the health system: service delivery, the workforce, health facilities and communications, technologies, quality assurance, and governance and legislation. So UHC is not just about individual treatment, but includes public health campaigns, providing clean water, controlling mosquito breeding grounds, etc.”

This ties in with another ‘international day’ being marked by the United Nations later this month, World Malaria Day on Wednesday 25th April.

Malaria is a life-threatening condition caused by parasites transmitted through the bites of infected female Anopheles mosquitoes. However, malaria is preventable and treatable. Furthermore, between 2000 and 2015 the incidence of malaria fell by 37% and there are a growing number of countries where malaria is close to being completely eliminated.  However, Sr Breslin said: “Sub-Saharan Africa continues to carry a disproportionately high share of the burden. In 2015, the region reported 89% of malaria cases and 91% of malaria deaths.”

The best way to prevent and reduce malaria transmission is to try to control mosquito populations using insecticide-treated mosquito nets and indoor residual spraying. According to the World Malaria Report, in 20 African countries, preventive treatment for pregnant woman increased five-fold between 2010 and 2015.  Sr Breslin asks supporters of the Medical Missionaries of Mary to assist efforts to prevent the disease. She said: “Let us help to close the gaps in coverage of lifesaving malaria prevention tools.”