‘Make an effort to pray for Christian unity’: Bishop Leahy 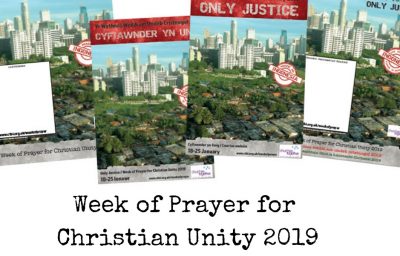 Bishop Brendan Leahy has invited Catholics across Ireland to support and pray for Christian unity throughout the Week of Prayer for Christian Unity, which takes place from 18 to 25 January 2019.

In a video prepared as an introduction to this year’s Christian Unity Week, Bishop Leahy, who is co-chair of the Irish Inter-Church Meeting, describes the event, which has taken place annually since 1908, as “important”.

During the Week of Prayer for Christian Unity, he explains, “Christians all over the world and in every Church make an effort to focus on that prayer of Jesus – ‘May they all be one’.

“At times we can let it become a habit or get used to it or forget about it. So, I would encourage everybody, wherever they are – even if they aren’t necessarily with other Christians, in their local church to make an effort or in a local prayer group – wherever it might be – to make an effort to focus on praying for Christian unity,” Dr Leahy explains.

This year’s resources have been prepared by Christians in Indonesia and they have taken their theme from Chapter 16 of the Book of Deuteronomy: “Justice and justice only will we pursue”.

Indonesia, Bishop Leahy reminds the faithful, is a country of 265 million people, of whom 86 per cent are Muslim and 10 per cent are Christian. Indonesians have lived by the principle of gotong royong, which is to live in “solidarity and by collaboration”, regarding all Indonesians as brothers and sisters.

While the motto of this country of 17,000 islands, 1,340 different ethnic groups and over 740 local languages is “unity in diversity”, in recent years, according to Bishop Leahy, “there has been increasing competition between people as well as corruption”.

Christians there also recognise their own divisions. “So, we need to make sure that we are focusing on the justice and love that brings unity,” the Bishop of Limerick appeals.

“As well as praying and encouraging others to pray, we might look out for how in our own lifestyle we might pursue justice and unity and love more directly together,” he suggests.

All the resources for the Week of Prayer for Christian Unity 2019 can be found here: https://ctbi.org.uk/weekofprayer.

You can also find updates about the Week of Prayer for Christian Unity on Twitter by following the #wpcu2019 official hashtag.