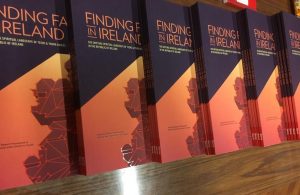 “Minding your own business” is one of the moral values many Irish youth prioritise, while a majority of young Irish people feel that church attendance is optional (65%) according to a new study on Irish teenagers and young adults’ faith, worries and perceptions of Christianity.

The Finding Faith in Ireland research, which was commissioned by Christ in Youth and carried out by Barna Group, was launched at St Paul’s Church on Arran Quay, Dublin last week.

Seven-hundred-and-fifty young people responded to the survey online. Face-to-face interviews were conducted by researchers with 96 young people all over Ireland and additionally 51 youth workers took part online and 12 in person for the study.

In keeping with the high percentage of Irish youth who regard themselves as Christians, nearly all have experience of church services.

Three-quarters of non-Christians (75%) have attended a regular church service, but more than half say it was more than six months ago (53%).

Even those of no faith still go to church at least occasionally (22% in the past six months).

While more non-Catholic (44%) than Catholic Christians (31%) attend church weekly, the proportions among the two groups who are dechurched — have not been to a church service in the past six months — are similar (27% Catholics, 21% non-Catholics).

Churchgoing is part of the family life of many young people, but the family expectations of going to church are usually relaxed at some point in secondary school.

Of youth who say secondary school is their highest level of education, 29% are dechurched.

This percentage climbs among students in post-secondary education who have not completed their bachelor’s degree (40% dechurched, compared with 49% churched). This is one of the symptoms of decreasing religious practice among young adults as they mature.

One of the key findings of the study was that one in four Irish youth are currently going through a crisis of faith. It also reveals that half of young adults (48%) say they are less spiritual today than when they were 12.

Still, a significant number (21% of teens, compared with 12% of young adults) say they are more active now than they were a few years ago.

The study shows that a majority of Irish youth are Christian; 70% are Christians, and 60% are Catholic specifically; 89% have attended a church service at some point.

Just three in ten young people feel confident about their knowledge of theology or the Bible. Even Christian respondents indicate a muddled understanding of core Christian teachings.

Teens are also more likely than young adults to have been to church in the last week (15% as opposed to 6% of young adults). Young adults confirm that their church attendance has declined over time; two-thirds of them (67%) say they are less active in church than when they were children.

The report explores the pressures that burden Irish youth searching for a sincere faith.

Barna found that the subject of sexuality proves an obstacle in young people’s willingness to identify with or practise Christianity.

More than 20 of the 96 in-person interviewees brought up homosexuality or gay marriage without prompting. None of those who brought it up saw a Christian theological stance against gay marriage or related progressive issues as a positive thing.

Of young practising Christians in Ireland, 71% want to find a way to follow Jesus that connects to the world they live in.

The study concludes that Irish youth need help in bringing substance to a more ceremonial understanding of religion.