It is almost certain that Irish schools will re-open their doors to pupils in September, says the Catholic Primary Schools 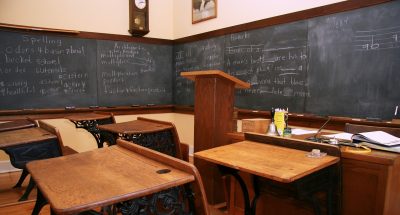 When pupils return to schools return in September it will be a different environment (Pic: MacDeedle via Pixabay.com).

CPSMA general secretary Seamus Mulconry says: “We are absolutely confident that, bar a major increase in COVID-19 cases, schools will re-open in September.”

Mr Mulconry says that the CPSMA is expecting a ‘major announcement’ in the next two weeks of significant investment to help schools create a safe environment in this time of pandemic. He says this investment will include funding for additional resources and for additional staffing needs.

When schools re-open, practices will have to change. In the past, when a teacher was absent from work their class was ‘split’ with small groups of pupils from the class without a teacher being sent to other classrooms where the teachers there would supervise their work. This practice will no longer be possible because of the need to reduce social contacts.

“There has been a lot of planning going on behind the scenes,” said Mr Mulconry. “This is a major logistical challenge involving 560,000 primary school children in 3,100 schools and 25,000 classes. When the schools re-open it will be a different environment.

“It is not just a matter of re-opening the schools, it is putting in place the measures necessary to keep the schools open. This will require a community effort and parents, for example, will have to behave responsibly.”

Mr Mulconry says he believes that Ireland will be more prepared for the safe re-opening of schools than most other countries. “We have a really good education system because of the quality of the people working it it,” he said. “And come September, we will see that quality shining through. It all comes down to the quality of the people on the ground and we have great people on the ground.”