Home > News > Major conference on trafficking in Vatican this week

Major conference on trafficking in Vatican this week 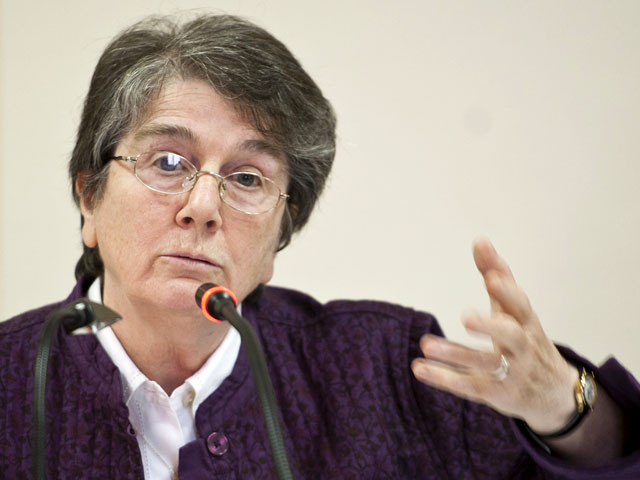 A major conference on efforts to combat human trafficking will bring together victims of trafficking and law-enforcement experts as well as Church representatives working in this area.

The second international conference on ‘Combating Human Trafficking: Church and law enforcement in partnership’ will take place from 9-10 April in the Vatican’s Academy of Sciences.

The event is being organised by the Bishops’ Conference of England and Wales and the conference is chaired by Cardinal Vincent Nichols of Westminster.

It will include an audience with Pope Francis, when the Pontiff will meet the victims of trafficking as well as police chiefs.

In an article for this week’s issue of The Tablet (www.thetablet.co.uk) one of the conference speakers describes trafficking as “a crime that happens in secret, and to report it demands great courage on the part of the victims, who can be men or boys, women or girls.”

According to Sr Imelda Poole, IBVM, who works in Albania, and is a member of the Network RENATE (Religious in Europe Networking against Trafficking and Exploitation), “women Religious are working directly with the victims: in shelters; reaching out to them in poverty-ridden remote regions; working to support victims on the streets.”

“We work with those vulnerable to domestic violence, whose families are shattered, leaving many children on the streets, trying to empower the vulnerable and encourage men and women to be economically independent. Unsurprisingly women Religious are closely watched by the traffickers,” the Loreto nun explains.

In her article, she underlines that the conference on human trafficking “is of immense importance.”

“We hope that there will be an agreed mandate between national police forces to develop strong cross-border collaboration. It is hoped that the laws and regulations in the UK will be changed to provide stronger protection.”

Sr Imelda Poole explains that at the moment the mandatory safe haven for the victims of trafficking is 45 days. “We would like to see it increased so that they have time enough to heal and perhaps become empowered to denounce the trafficker,” she said.

The Albania-based nun highlighted that people working in the travel and tourism industry, in places vulnerable to labour trafficking such as employment agencies, need to have safeguards that protect the potential victim.

“Children and minors who are in care need a much stronger support network. They are the most vulnerable to being trafficked,” she warned.