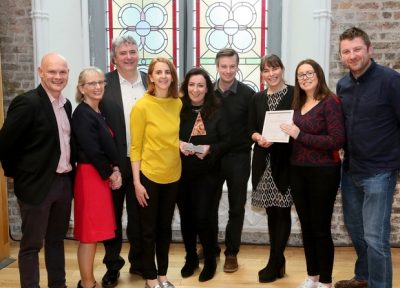 For two-and-a-half years the overseas aid agency campaigned to have Irish treasury funds taken out of investments in oil and gas exploration, production and distribution. As the campaign gathered momentum, the Irish Catholic hierarchy and religious organisations led the way in divesting out of the petrochemical sector.

Aid agencies such as Trócaire and Caritas International see the damage being caused to vulnerable communities due to the impact of global warming and argue that the world must find more sustainable forms of energy.

Donegal-based independent TD Thomas Pringle sponsored a bill in the Oireachtas to legally compel the Irish Strategic Investment Fund (ISIF) to sell off its investments in the exploitation of gas and oil. These fossil-fuel investments, spread across 150 companies worldwide, were worth €318 million as of June last year.

The investments had to be sold off following the passing of the Fossil Fuel Divestment Act in December 2018.

When the Trócaire team collected the Dóchas award last week they were joined onstage by Mr Pringle who brought the campaign to fruition.

He has also been nominated for a European Innovation in Politics Award later this year. He told the Donegal Democrat newspaper: “So much work went into the Act with people from Trocaire, the Global Divestment Campaign and campaign activists supporting its progress through the Dáil and putting pressure on the Government to finally vote it through. It’s also a testament to the success accrued in new politics despite criticism of the current arrangement and proves that Independents can legislate and are capable of being legislatures of change.”

At the Dóchas Awards in Dublin, Trócaire was also short-lilsted for the ‘Best Collaboration’ award for its work in developing a new ‘badge’ for the Irish Girl Guides.

The badge may be earned at Ladybirds (5-7 years old), Brownie (7-10 years old) and Guide (10-14 years old) and it involves becoming more aware of climate change issues and how these can be mitigated. At present, the Irish Girl Guides has some 12,000 members across the country.

The Dóchas Awards are organised by the Irish Association of Non-Governmental Development Organisations, which has a membership of 42 different organisations, plus an additional 13 organisations that are ‘associate members’.