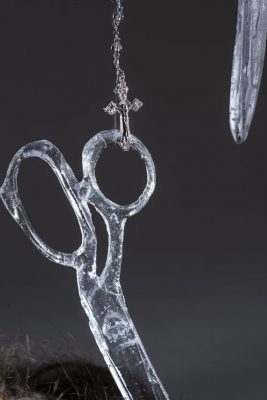 Incarceration of women and children was carried out by the government, Church, religious orders and society as a whole acting together, stated Children’s Minister, Katherine Zappone, at the launch of a new exhibition on that subject at the National Museum of Ireland.

“It is simply not feasible, credible or believable that people did not know what was happening in our cities, towns and villages – and for many families happening in their own home,” she said at the launch of the year-long installation ‘(A) Dressing Our Hidden Truth An artistic response to the legacy of Magdalene Laundries, Mother and Baby Homes and Industrial Schools’ by Alison Lowry.

The Minister for Children went on to give an update on the work of her department in responding to the issue. She said that the Commission of Investigation into Mother and Baby Homes established to provide a full account of what happened to vulnerable women and children in these homes will not provide Final Reports until next February (2020).

Meanwhile, the Commission submitted a Burials Report to the Minister two weeks ago, on 15 March 2019. The Minister would not comment on it, as she has yet to consider its findings, consult the Attorney General and seek government approval to publish it.

The Collaborative Forum has also sent its first report to the Minister, but advancing measures depends on various government departments. The Chairman of the Forum has stepped down and the Minister will meet its members in the coming weeks to discuss the report and the future mandate of the Forum. One key area is Memorialisation, and the Minister stated that she had engaged with Irish artists at home and in the United States to see how to best do this.

The exhibition ‘(A)Dressing Our Hidden Truths’ opened to the public yesterday, 27 March 2019, and runs until May 2020. Its creator, Alison Lowry, uses the medium of glass to explore difficult topics such as child abuse and domestic violence.

In this exhibition her work is divided into four distinct areas: installation of suspended sand-cast pâte de verre christening robes; sculptural works responding to the theme of the Magdalene Laundries; a video piece made with performance artist Jayne Cherry; and a suit of armour using glass and leather created with the internationally renowned designer Úna Burke.

The installation of nine christening robes spread across two rooms serves as a commentary on the Tuam Mother and Baby Home revelations. Other elements of the exhibition include audio testimony in poetry and song from those who experienced the industrial school system and Magdalene Laundries.

The artist uses a quote for the title of one of her pieces which says: “Instead of fragrance there will be stench; instead of a sash, a rope; instead of well-dressed hair, baldness; instead of fine clothing, sackcloth; instead of beauty, branding. Isaiah 3:24 – Alison Lowry (2019).” 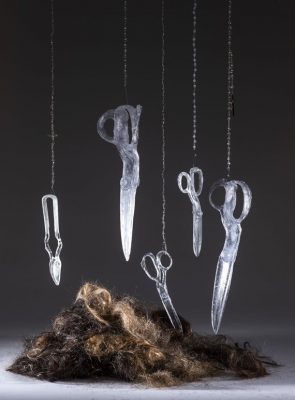 “Art should comfort the disturbed and disturb the comfortable,” stated Alison Lowry at the launch of her exhibition, which has been described as a powerful artistic response to the Magdalene Laundries.

“I shed a tear or two, you know, not just of my story but that we’re connected in history, you know. The Magdalene Laundries and the Mother and Baby Homes and the Industrial Schools, we’re a part of history, we’re a family you know, in essence,” she added.

Lynn Scarff, Director, National Museum of Ireland, stated at the launch: “I think it is important as a National Cultural Institution that we create spaces for us to reflect on our recent history and also to reflect on traumatic aspects of our past.”

For further details of the exhibition contact the National Museum of Ireland, Collins Barracks.