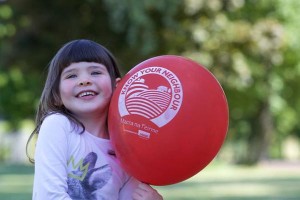 Keeping in contact with elderly neighbours is very important to seventy-two percent of Irish people, a survey has revealed.

The finding was part of recent research in advance of the ‘Know Your Neighbour Campaign’ organised by the rural young farmers organisation, Macra na Feirme.

49% of those surveyed suggested they would like if there were more community events in their area.

Knowing a neighbour on a personal level is also important stated 58% of those surveyed.

There is an urban/rural divide on this point, with 63% of rural dwellers stating that it is important for them to know their neighbour on a personal level, as opposed to 55% of urban residents.

“Those living in isolated parts of the country with limited access to services rely on their closest neighbours for support, security and friendship,” according to Seán Finan, Macra National President.

“The aim of ‘Know Your Neighbour Weekend’ is to provide an opportunity during the summer, to get to know these neighbours and establish a strong support network. I am encouraging every community, rural or urban, to get involved,” he said.

Unemployment was one of the issues of biggest concern, with 18% of those surveyed, saying unemployment is the biggest issue facing communities at present.

Access to certain services is also an issue concerning rural communities, with 35% of rural dwellers reporting that they have difficulty accessing broadband services, while only 5% of urban dwellers cite this as an issue.

Access to public transport (54%) and hospitals (51%) are also major issues in rural Ireland, with over half of those surveyed indicating difficulty.

Commenting on the research Seán Finan said, “We know that there is an economic recovery underway but we need to ensure that the Government develop policies which address the urban/rural two-tier nature of this recovery.”

“Our concern is that the recovery to date seems very urban focussed and it is not impacting on rural communities, this is borne out by our research.”

Other infrastructural issues of concern in rural Ireland include; the quality of roads (13%) and access to hospitals and medical services (10%).

To launch this year’s Know Your Neighbour Campaign’, on 25-26 July 2015, Freemount Macra, in Co Cork and sponsor Calor will co-host a national field day for the whole family on 18 July on the farm of Moses Roche in Freemount. 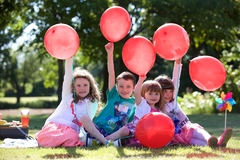 The free event includes something for all the family, as well as a BBQ cooking demo with TV chef, Catherine Fulvio.

Seán Finan has encouraged everyone to attend. “We’d like to take this opportunity to get to know our neighbours better and thank the communities in which we operate for their continued support for Macra.”

“This event is open to everyone and we hope everyone will come along and get to know Macra better. We’re in our 10th year of Know Your Neighbour Weekend and events are taking place across the country – I am encouraging everyone to take the time to get to know their neighbour this summer.”

Calor CEO, Tom O’Carroll, commented, “Events like the national field day allow local communities, like Freemount, to gather together and reconnect with one another.”

“We are delighted to support Macra na Feirme in this campaign and we look forward to being part of the community events that will take place nationwide this summer.”