Home > Featured > Loss of fatherhood is “critical crisis in the world”

Loss of fatherhood is “critical crisis in the world” 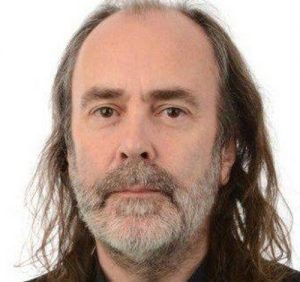 We have completely marginalised the “father” in society, according to author and journalist John Waters.

Speaking to CatholicIreland yesterday in advance of a symposium where he addressed the topic “Taking us back to the Father”, Mr Waters said that the loss of fatherhood in society was threefold: firstly the loss “in the actual intimate family”, which has been extended [secondly] to the public domain, “where the nature of our leadership has ceased to be family and has become tyrannical in the purest sense”.

The third loss of fatherhood was the loss of God the Father, the “most sinister and dangerous aspect of all for reasons that may be missed in religious culture because we see it simply as a betrayal of our perception of reality but in fact, as we are seeing in Ireland right this very day, people no longer understand the nature of their own guarantees as human beings in the world”.

We are about to strike down rights which are fundamental and not voidable by us, Mr Waters told CatholicIreland. “We don’t have the right to void rights, but we are about to do it because of a hostility to the idea that any rights can come from a divine authority. … And we’re about to embark on a road now tomorrow, maybe, God forbid, that will begin a process that will lead us down that road, which is the road to Auschwitz.”

Asked about the way “back to the Father”, Mr Waters said the way was to “have conversations that allow us to understand our own experience and our own history and not be subject all the time to ideology”. In the context of the abortion referendum, he said,  “our conversation has been hijacked by ideological interests which will not permit us to speak about anything, other than to repeat mantras which they will repeat to us”.

The loss of fatherhood was the most “critical crisis in the world,” he said, the “core” of our crises.

Noting how many European political leaders are childless (men and women), he said fatherhood changed men. “You suddenly have to transcend your own existence in a real way. I’m not talking about religious transcendence, although the two are related. You have to actually now think about the world that you are generating in your life by your actions, by your thoughts, by your words. What is the nature of that world? Is it a world safe for your children, your grandchildren?”

Ecumenical Bible Week has been taking place all this week (20–27 May 2018) across churches in Dublin and Wicklow. The parish-based event, which is sponsored by the Catholic Archdiocese of Dublin, the combined Church of Ireland dioceses of Dublin & Glendalough, and other key groups such as Scripture Union, is now in its fifth year. This year’s theme is “Handing on Faith – Crisis, Challenge and the Great Commission”.

Yesterday two key events took place in Holy Cross College, Dublin – a panel discussion last night on “What have we from our personal experience discovered about living and passing on the faith?” at which the Archbishop of Armagh Eamon Martin spoke, and earlier in the day a symposium addressed by John Waters, Ginnie Kennerley and Nick Park.

The closing event of Ecumenical Bible Week 2018 will be the Holden Evening Prayer at the Lutheran church on Adelaide Road on Sunday (27 May) at 7.30 p.m. The sung Lutheran vespers will feature music by Marty Haugen, directed by Ian Callanan. Rob Jones will speak on “Faith can only be Understood Backwards but it must be Lived Forwards”.