Loss of 500 Molex jobs is “a devastating blow” says bishop

The closure of the Irish subsidiary of US multinational Molex and the loss of 500 jobs in Shannon has been described as “a devastating blow” by the Bishop of Killaloe.

In a statement on Wednesday, Bishop Fintan Monahan said that like many others he was greatly concerned to hear about the phased closure of the Irish plant.

“The loss of 500 jobs is a devastating blow to the employees, their families and to the local economy,” he stated.

He added that he was in Shannon on Monday night, in the wake of the announcement, and could “feel the dark cloud affecting everyone following the news of this serious employment loss”.

The Bishop said the news was evidence that “we are living more-and-more in a two-tier Ireland – with the regions losing out”.

Paying tribute to the “wonderful spirit and resilience” of the people of Shannon, he said his concern was that young families, people managing mortgages and domestic bills, with childcare commitments, would be the first impacted.

“I am asking that special prayers be offered at Masses throughout the Diocese of Killaloe this weekend for the intentions of employees, for the prospect of obtaining new skills and employment, and most of all that their hope in the future can be restored.”

Dr Monahan said it was “incumbent on our public representatives to act decisively and quickly in order to allay the fears of families and to serve the common good”.

He called on the Minister for Business, Enterprise and Innovation, Heather Humphreys, as well as local politicians, and relevant State agencies, to prioritise the region in terms of “sustaining employment opportunities for this skilled workforce between now and when the plant closes at the end of 2020.” 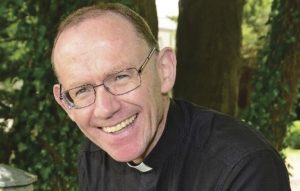 “Shannon was the world’s first free trade zone when it was created 50 years ago and employs people from all over Ireland and many other nationalities.”

But he added that it was also true that Shannon’s businesses have been struggling a lot in recent years and he said the Molex news was devastating for the local economy.

He stressed that the announcement not only directly affected Molex workers but jeopardised thousands of ancillary industries which rely for survival on the pay spend of Molex employees.

Molex makes a range of electronic components for use in industries such as data communications, consumer electronics, industrial, automotive, commercial vehicle and medical components.

The company is based in the Shannon Free Zone.

In a statement, it said the decision had been made following a review of its product lines.

The closure is expected to take place in a series of phases starting in early 2020. It’s anticipated the facility will close completely by the end of next year.