Missionary concerned by statelessness of migrants 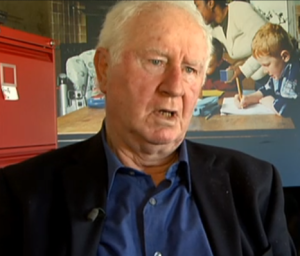 “We are living in an anti-immigrant world where the tendency is to turn a blind eye until a crisis arrives” a Columban priest warns in a radio programme broadcast later today.

Speaking to Newstalk’s Susan Cahill as part of a Misean Cara commissioned documentary on statelessness for the Global Village programme, Columban Fr Bobby Gilmore says he believes “we are at a crisis stage at the present time.”

Fr Gilmore has been a human rights activist for the last 50 years, and he is a founding member and lifelong President of the Migrant Rights Centre in Ireland.

During the last year the centre assisted 20 stateless people to start a process for legal status in Ireland.

However, with so many on-going conflicts, wars and many areas of the world struggling with the effects of climate change, it is expected that this number will increase over time according to global trends.

Imagine not having a place to call home, and having no legal status leaving you a ‘nobody.’ This is a reality for more than 50 million stateless people around the world today leaving them prey to exploitation, Fr Gilmore comments.

He warns that statelessness affects everyone, and can happen either as quickly as a conflict or war sweeping a country or gradually forcing men, women and children to abandon their homes when the rains do not come or when harvests fail.

Speaking just a few days ahead of International Human Rights Day on 10 December, the missionary says it’s important to highlight how these chaotic chains of events set people in motion – moving countries, and even continents. In simple terms, statelessness means not having a nationality or the absence of a recognised link between an individual and any state.

“It’s essential that not only we take care of the weak within our own world but that we also reach out to the weak elsewhere.”

“If we don’t reach out to them then they are going to be here next week. We think and imagine this is something in the past but just last week a religious Sister who works in Zambia came to me and put the question to me ‘what can be done about people whose nationality is not recognised for example in Zambia?’” explains Fr Gilmore.

“They’re in nowhere zones, and they are simply caught between different nations, different cultures and also in a world of globalisation where you have the free movement of capital and free trade, while the rights of the person are less than the rights of a banana,” says Fr Gilmore.

“We’re talking about the global village, the global community means someone has to take responsibility.”

One of the major gaps perpetuating statelessness is the lack of procedures to determine the stateless status of individuals in Europe.

Current legislation lacks guidelines for reporting and evaluating the situations of people who are stateless.

“The issue of statelessness has to be addressed in the wider arena. I know that the Lisbon Treaty somewhat addresses this by stating that stateless persons are treated as third country nationals. I don’t think this is good enough, there has to be better recognition and better protection for stateless people in general,” says Virginija Petrauskaite Legal Officer with Migrant Rights Centre.

“In Ireland, stateless people are treated with immigration legislation, however, I do believe that Ireland should take a more responsible and structured approach to the issue of statelessness to come up with better procedures in terms of recognising and protecting stateless people in the country.”

Fr Bobby Gilmore and Virginija Petrauskaite are interviewed on the Global Village programme on Saturday, 6 December 2014 between 7pm – 9pm.