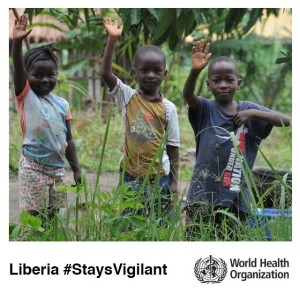 The declaration came 42 days after the last laboratory-confirmed case was buried on 28 March 2015.

“Interruption of transmission is a monumental achievement for a country that reported the highest number of deaths in the largest, longest, and most complex outbreak since Ebola first emerged in 1976.”

“At the peak of transmission, which occurred during August and September 2014, the country was reporting from 300 to 400 new cases every week,” stated WHO.

During those two months, treatment centres in the capital city Monrovia were full up, patients were dying on hospital grounds, and bodies were sometimes not collected for days.

Normal life disappeared as flights were cancelled and fuel and food ran low. Schools, businesses, borders, markets, and most health facilities were closed.

There was fear and uncertainty about the future, for families, communities, and the country and its economy.

Though the capital city was hardest hit, every one of Liberia’s 15 counties eventually reported cases.

“It is a tribute to the government and people of Liberia that determination to defeat Ebola never wavered, courage never faltered. Doctors and nurses continued to treat patients, even when supplies of personal protective equipment and training in its safe use were inadequate. Altogether, 375 health workers were infected and 189 lost their lives,” stated the WHO. 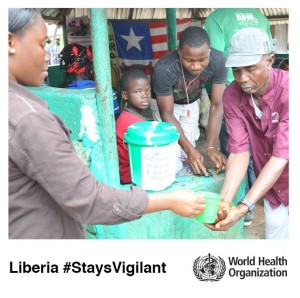 Liberia’s last case was a woman in the greater Monrovia area who developed symptoms on 20 March and died on 27 March.

The source of infection is under investigation and none of the 332 people who may have been in contact with the patient have developed symptoms and have been released from surveillance.

In a special report 10 days ago (before the WHO Ebola-free declaration) Sr Bridget Lacey of the Missionary Sisters of the Holy Rosary based in Lofa County, Liberia, said they were hoping to be declared free of Ebola.

However, the last case was a wake-up call not to get lax and give up the good practices such as washing hands and calling the health team to bury the dead. 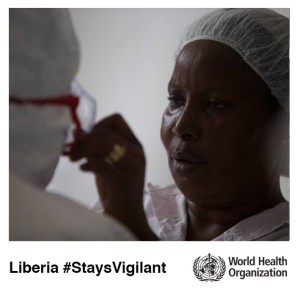 “The call echoed around the country: every village heard the news, and like soldiers in battle heeded the call to arm once again,” she said.

In her report, which is published by Misean Cara, she describes how the schools are open and children line up every day to wash their hands, and have their temperatures taken before entering the classroom.

There is still a bucket of chlorine/water in every door in every classroom.

The Missionary Sisters of the Holy Rosary have been working with 380 families shattered by Ebola.

Most families have taken in orphans, often the children of their own siblings or relatives.

Thanks to funding from Ireland each family has received money to send the orphaned children, and their own to school.

“By making it available to all the children in the caretaker’s home no child is left out due to a lack of support. This gesture has brought a sense of normality back into their lives,” wrote Sr Bridget Lacey.

She gives the example of a young couple, Fatu and George, who had their first child just three months ago – now they have six.

George’s parents both died from Ebola, and left five children ranging in age from 14 years to five. He welcomed all his brothers and sisters into their home. Fatu stated, “They are all ours.”

The Sisters and their colleagues are working with 1,400 children orphaned by Ebola. They use drawing, coloring, storytelling and role play to help them explore their sense of loss and pain in a supportive place.

Their pictures portray the ambulance that carried their entire family away never to return. Or the health workers dressed in protective gear which they must never touch.

The Sisters have appealed for more pumps for safe drinking water, they have also helped motivate villagers to dig 1500 latrines.

“Your contributions facilitated the provision of necessary cement, and steel rods to make them safe and durable. People organised to come, transport the cement and they constructed the slabs for the latrines. The villages who participated were really grateful for the support,” she said.

In conclusion, she thanked everyone at home in Ireland and said, “As President Ellen Johnson Sirleaf told the people ‘we have stood tall in the struggle against such a deadly virus.’ We say to each of you ‘you have stood tall in your generosity and concern for Liberia. Thank you.’”