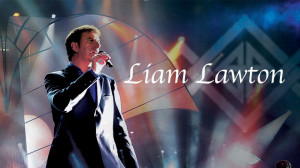 Music penned by Irish priest and popular singer/songwriter, Fr Liam Lawton, has been chosen by Disney Corporation for a special retrospective of film classics such as Snow White, Peter Pan and Cinderella to be released later this month.

The decision by Disney to use Liam Lawton’s composition, ‘Beyond Belief’ was made after he was approached by a New York based agent acting for the high profile corporation and asked to write something to promote their brand and specifically their well known film characters.

Speaking to CatholicIreland.net, Fr Lawton, who is serves in the diocese in Kildare and Leighlin, where he is also director of sacred music, related how ‘Beyond Belief’ was arranged by Mark Cahill and performed and recorded by the Prague Filmharmonic Orchestra and Longford-born soprano, Emer Barry.

Barry, who performs with the group Affinití, has been chosen as the voice of Disneyland Paris’ latest ad campaign.

‘Beyond Belief’ represents the “positivity of life and especially believing in our dreams, that all things are possible if we believe in ourselves,” he explained.

According to the Carlow-based musician, who has recorded 15 albums to date, a number of which have been award-winning platinum sellers, “Many of us have no appreciation of the boundless possibilities we can reach if we could believe in ourselves and help others to do the same.”

Though he hasn’t seen the final cut of the film yet, it is due for release this month.

The news of his selection by Disney comes on the back of his pre Christmas 15-night sell out tour of Ireland. He is also awaiting official confirmation that a major international best-selling singer has selected another of his compositions for their latest album, which is due for release in April.

His collaborator and arranger in these high profile projects, Navan-born musician, Mark Cahill, is also working with Lawton on a new instrumental orchestral collection of well-known music that will be launched later in the year.

This time last year Lawton visited the Holy Land and his latest album ‘Bethlehem Sky’ draws on that experience.

One song on that album, ‘Under a Thousand Stars’ focuses on the humanitarian plight of the people of Syria. It tells the story of the birth of a baby girl in the midst of the bombing and conflict and the way the people of the village focus on keeping her alive rather than the fear dying.

Though 2014 is already shaping up to be a highly successful for Lawton, he told CatholicIreland.net that seeing how so many Irish people are still in great difficulty keeps him grounded.

“One of my colleagues in Carlow opened a soup kitchen recently and I think we have all been overwhelmed by the numbers,” he said.

Back in the mid-2000s, he was badly stung in the music business and “lost everything” and had to restart his music career all over again.

“I don’t get excited by the whole lure of stardom and popularity and finance. To be able to live every day and to be healthy is a gift,” he said.

He is inspired by Pope Francis’ call for a ‘revolution of tenderness’. “I think that is exactly what we need in the world today, not just in the church but within families, communities and government structures. Revolution means to go to a place of change, it means changing your thought process and changing your way of life.”

As a Catholic priest he is excited by the changes which the new Pope is bringing about. “The day that clericalism dies I will be the happiest person ever – that is what destroyed the church.”

“Nobody really knew who Francis was when he was elected and for me it is a sure sign that the Holy Spirit was working in the church. We have a long way to go but at least we get hope through people like him.”

For more information on Liam Lawton’s album ‘Bethlehem Sky’ or his book ‘Where God Hides’ or other best-selling albums such as ‘Healing Song’ see: http://www.liamlawton.com/