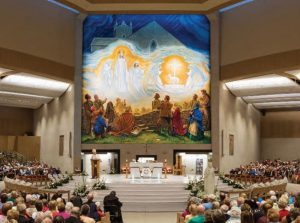 According to Alcohol Action Ireland, the current level of alcohol consumption in Ireland, based on 2015 figures, is 10.93 litres of pure alcohol per person aged 15+, (a slight reduction from 11 litres in 2014). If one excludes the 20% of the population aged 15+ who do not drink alcohol, the country’s alcohol consumption rises to 13.66 litres of pure alcohol for every Irish person aged 15 and over.

Referring to the country’s relationship with alcohol on Sunday, Bishop of Kildare Denis Nulty noted the early figures emanating from the Irish Census taken last April.

“CSO figures for 2014 suggest €6.5billion was spent on alcohol in Ireland; alcohol accounts for 7.4% of our total spend on goods and services.”

The age when drink is taken regularly can be as young as thirteen and sometimes even in pre-confirmation years, Bishop Nulty told members of the Pioneer Total Abstinence Association of the Sacred Heart Annual Pilgrimage and the Annual Matt Talbot Pilgrimage to Knock.

“While we may in some dioceses have separated the pledge from the sacrament; perhaps this needs a fresh look at?,” he said. “Indeed, reimagining the pledge may be necessary so that young people can be reassured that as cool as they may think it is to drink, it’s also cool, in fact very cool not to imbibe.”

Turning to the issue of sports enhancing drugs, Bishop Nulty told the pilgrims that a growing number of young people are tempted to take sport enhancing drugs. “They may not drink, but these drugs are doing irrefutable and irreparable damage to the development of their young bodies.”

It’s all about body perfect – tone, abs and biceps – but in doing so how much of the heart and the soul has been damaged? he asked.

“Our pledge must speak to these drugs as much as it speaks to the horrors of underage drinking.” 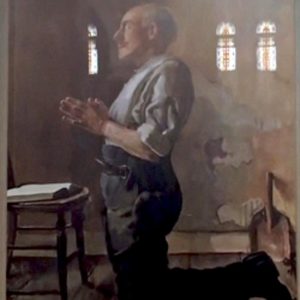 Speaking of the Venerable Matt Talbot who has not been raised to the “realm of the beatified or better still canonized” Bishop Nulty said that the miracle of a saint must be unexplainable; “the miracle of overcoming addiction, like Matt Talbot once did, is even harder to prove or classify. You can be cured of a tumor; you can be cured of cancer but an addiction can linger.”

But to him, said the Bishop of Kildare, Saints were those who “attend AA meetings up and down the country and overcome addiction through the step programme of prayer and mutual support. They will never be canonized on this earth; but like Venerable Matt Talbot, their behaviour will be richly rewarded in eternity.”

The Pioneer Pilgrimage with the Matt Talbot Pilgrimage was the first pilgrimage to Knock Shrine following the shrine’s rededication to Our Lady on 16th July 2016 which marked the 40th anniversary or the original dedication of Knock Basilica.