Legislators who legalise euthanasia are ‘accomplices of a grave sin’ 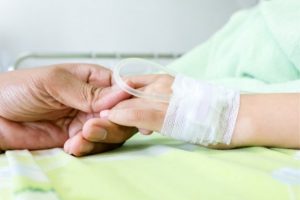 As more countries contemplate the legalisation of euthanasia and assisted suicide, the Vatican on Tuesday issued a document stressing that neither can ever be justified or tolerated.

The 20-page document titled, ‘The Good Samaritan’ was prepared by the Congregation for the Doctrine of the Faith. It describes euthanasia as “an intrinsically evil act, in every situation or circumstance”.

Elsewhere it states, “Euthanasia is an act of homicide that no end can justify and that does not tolerate any form of complicity or active or passive collaboration.”

Euthanasia involves a physician ending a patient’s life; assisted suicide involves a doctor providing a patient with a lethal substance which the patient self-administers.

‘The Good Samaritan: On the Care of Persons in the Critical and Terminal Phases of Life’ bears the publication date 14 July which is the feast of St Camillus de Lellis, the patron saint of the sick, hospitals, nurses and physicians.

The document states, “Incurable cannot mean that care has come at an end”. It says that those who are terminally ill have the right to be welcomed, cured, loved.

It cites several factors that limit the ability of apprehending the value of life, such as when life is considered “worthwhile” only if certain psychic and physical conditions are present.

One of these challenges the CDF Letter notes is a false understanding of “compassion”.

True compassion, it explains, “consists not in causing death”, but in affectionately welcoming and supporting the person who is sick, and providing the means to alleviate his or her suffering. Another challenge it cites is a growing individualism which leads to loneliness.

In a section dealing with lawmakers, the CDF document says that if lawmakers approve laws on euthanasia and assisted suicide they become “accomplices of a grave sin that others will execute”.

Legitimatising euthanasia or assisted suicide is “a sign of the degradation of legal systems”, it states and those who approve laws in favour of euthanasia “become accomplices” and are “guilty of scandal” because these laws contribute to the malformation of consciences.

It underlines that the Church’s definitive teaching is that euthanasia represents “a crime against human life”, and, therefore, is “intrinsically evil” in every circumstance.

Any “formal or immediate material cooperation” constitutes a grave sin against human life that no authority can “legitimately recommend or permit”.

The CDF backs the use of hospice centres and palliative care, including deep sedation to reduce pain. But it said such medication must never be used with the intent of hastening death.

To alleviate pain, medication is used that may “induce the loss of consciousness”. The CDF Letter affirms that it is morally licit to sedate “to ensure that the end of life arrives with the greatest possible peace and in the best internal conditions”.

But it is not acceptable that sedation be administered that “directly and intentionally causes death”, which the document defines as a “euthanistic practice”.

It also calls for the expansion of prenatal hospice centres to provide medical, psychological and spiritual care to parents and children suffering pre-natal pathologies that are “inconsistent with life”.

Therefore, when death is imminent and inevitable, “it is lawful…to renounce treatments that provide only a precarious or painful extension of life” without, however, interrupting necessary ordinary treatments the patient requires, such as food and hydration “as long as the body can benefit from them”.

Palliative care is a “precious and crucial instrument” with which to accompany the patient. Palliative care must never include the possibility of euthanasia, the Letter emphasises, but should include the spiritual assistance of both the person who is sick and the members of their families.

From the moment of conception, children affected by malformation or other chronic illnesses are to be accompanied in a “manner respectful of life”.

In cases of “prenatal pathologies…that will surely end in death within a short period of time”, and when no treatment exists to improve the child’s condition, the child “should not be left without assistance, but must be accompanied like any other patient until they reach natural death”, without suspending food and hydration.