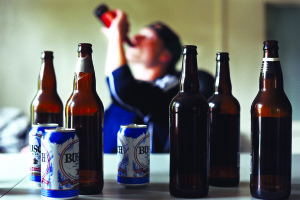 “Legislation is more effective than education in tackling alcohol abuse,” Professor Frank Murray told members of the Pioneer Association at their recent conference in All Hallows College in Dublin.

In his talk entitled ‘Dying for a Drink’, Professor Murray said that in Ireland, over the past number of years, cases of cirrhosis of the liver had spiralled in comparison to most other diseases.

Alcohol consumption had also increased and studies have shown that education was not the only response necessary to tackle this growth in alcohol abuse and the illnesses associated with it.

Professor Murray, a gastroenterologist specialising in liver disease, said studies show that when cheap drink is made more expensive and less available, then drinking levels decrease.

Legislation in this regard is more effective that educational measures, he said.

Speaking at the same conference Denis Bradley, founder of the Northlands Addiction Treatment Centre in Derry, remembered his father telling him how he remembered as a fifteen year old boy, being sent to the bog to carry very drunk and broken men home to their families.

They would have spent most days making poitin and drinking it as it came from the still.

This was some short years after Fr Cullen had established the Pioneers. “Our history of bad and addictive drinking is long and sad.”

He said that in the Republic of Ireland, 19% of the adult population are non-drinkers compared to 25% in the North.

Statistics and information about addiction is well known but poorly used, he commented, remarking that in 2002 an important report by the National Substance Abuse Strategy task force was simply ‘noted’ by the then Cabinet.

That meant it was not adopted nor its recommendations implemented.

However, he suggested that things have improved somewhat.

Denis Bradley was a member of the recent task force that presented a report to the present Government which has undertaken to implement six of their many recommendations.

Well known for his years of work in the area of peace and justice in the North, Denis Bradley commended Pioneers for their sacrifice of prayer and abstinence which he said was a force for good that could help in the healing of others.

“For more than a hundred years the Pioneer Association members have been a beacon and a ‘contemplative spiritual well’ in the midst of the destructiveness of alcohol abuse.”

“Every family (cousins, uncles and aunts) in Ireland has knowledge of this. We often blamed poverty until we got rich, but when we did then our drinking got worse.”

He said that praying for those who drink to excess should also lead to compassion and understanding for them and noted that it was good that the Pioneers were taking a stance on such an important social issue, encouraging those present to be clear about their purpose and not to be afraid of re-defining that purpose in the light of the needs of the 21st century.

“The Pioneers are one of the few organisations that are present in every parish in Ireland. Most organisations would die for that strength. They feel deflated at present but there is a growing admission that the addiction problems are widespread and younger than yore,” he said.

Denis Brady added, “The alcohol industry is present and active in a much more aggressive fashion and are highly political in their lobbying.”

“The Pioneer Association can renew itself and become more flexible and professional in its approach. It is part of a great tradition of quiet witness and Catholic Social Justice. This is not the time to give up. It is time to rally people.”