Home > News > Sins of the past still overshadow Legionaries of Christ

Sins of the past still overshadow Legionaries of Christ 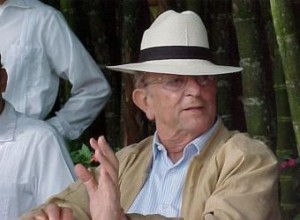 Fr Marcial Maciel – founder of the conservative Legion of Christ.

Three Irish priests who are members of the Legionaries of Christ are taking part in a six-week long extraordinary general chapter in Rome.

The gathering, which brings together sixty-one Legionaries from eleven countries, comes after a three year effort by the Church to launch the conservative order on a path of renewal.

At the chapter, the order will appoint new leadership and approve a new constitutions.

Speaking at a Mass at the opening of the Chapter, Cardinal Velasio De Paolis, CS, Pontifical Delegate for the Congregation of the Legionaries of Christ, said the revision of the constitutions could not just be considered “ a technical effort” but had to be accompanied by a “process of examination of life, of review and of spiritual renewal for the institute”.

The Legionaries’ new leadership had the duty to preserve and promote the Institute’s charism which was only guaranteed “when authority is exercised as service, in the spirit of the Gospel and in fidelity to the norms of the Church”.

The Legionaries of Christ were founded in Mexico in 1941 by Marcial Maciel who was ordained a priest in 1944 by his uncle, a bishop.

Throughout his life, rumours of child sexual abuse, abuse of seminarians and drug-taking were attached to Fr Maciel which he and his order strenuously denied.

There were also concerns over the financial affairs of the Legion and its preference for members with financial means, notably amongst the monied classes of the US and Latin America.

In 2005, charges of impropriety were reopened by the Vatican and Maciel was instructed to retire to a life of “prayer and penitence” on the orders of Pope Benedict. In 2008, Maciel, who had been a great favourite of the late John Paul II, died in Florida, aged 87.

After his death further revelations emerged in relation to his fathering of a number of children by a number of women.

Some members of the Legionaries of Christ (numbering 750 priests and 2,500 seminarians), and its lay equivalent, Regnum Christi (70,000 members) were devastated by the revelations. Many left. Others continued to deny Maciel’s misdemeanours and continued to revere him in death as in life – as a saint.

On March 2010, the superiors of the Legionaries of Christ and Regnum Christ publicly and formally expressed their deep sorrow for the “gravely reproachable” conduct of their founder.

At the same time, they renewed their commitment to continue deepening their understanding of their history, their dysfunctional charism and spirituality and to undertake a journey of renewal under the guidance of the Church.

At the Mass of the opening of the Extraordinary Chapter on Wednesday, Cardinal Velasio De Paolis said the Institute had not completed the path of renewal, merely “the process of preparation.”

Ordination of Legionary Priests in Rome in 2013

Referring to the pain the members of the order had passed through, he urged them to preserve “hope in the Lord who has preserved your vocation; hope in the Legion, which, thanks to you, presents itself to this chapter with new strength and new horizons.”

He also urged them to hope in the Church, “which has accompanied you, particularly through Pope Benedict XVI – who, in the most tragic moment in your history, has had confidence in you and has believed in your capacity for renewal and faithfulness to the Lord – and in the current Supreme Pontiff Pope Francis – who wanted to be present at this important moment in your history”.

He went on: “You have chosen the only way the Gospel knows for the redemption of evil: not escape, not rejection, not the condemnation of others, but participation, solidarity, and love that enters into sin and sorrow so as to redeem them from the inside”.