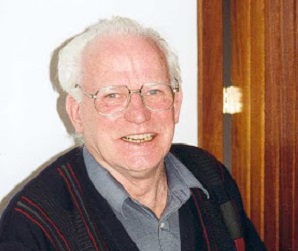 A man who died in a house fire in Fenit, Co Kerry in the early hours of Monday morning has been identified as Fr Gearoid O’Donnchada.

The fire broke out shortly after 2am on Monday morning and Gardaí and Tralee Fire Brigade were called to the scene.

It is understood the alarm was raised by a member of the public. Three units of Tralee Fire Brigade attended and remained at the scene until 4.20am.

The cause of the fire is being investigated but Gardaí are not treating it as suspicious.

Local Deputy Martin Ferris expressed his sympathy on the tragic death of the 82-year-old priest, who was a retired lecturer and local historian.

“The people of the parish of Fenit and the wider community are horrified at the tragic death of Fr O’Donnchada this morning,” Martin Ferris said.

“Fr O’Donnchada served his parish faithfully for many years and he had a deep affection for Fenit and its people.”

“This affection was reciprocated by the people of the area towards him. He was involved in many projects in the area over the years, none so much as the St Brendan the Navigator statue on Samphire Island at Fenit pier which he spearheaded and will forever be connected with him.”

He added that Fr O’Donnchada’s historical knowledge would be impossible to replace and as he would for his family and many friends.

“I express my deepest sympathy. His passing has left a deep void and sense of bewilderment in the area which has suffered many tragedies over the years. People like Fr O’Donnchada were always there to help in these situations and I know the parish of Fenit will rally around to help his family at this terrible time.”

Fr O’Donnchada was born in Cork City on 24 March 1933. He grew up in Killarney, Co Kerry where he went to school in Barradubh NS, Presentation Monastery NS Killarney, Scoil na n-Óg, An Rinn, Co Waterford, and St Brendan’s College, Killarney.

Ordained a priest of the Kerry Diocese in June 1957, he served in Manchester, Rathmore, Sneem and Birmingham (on the Emigrant Mission from 1960 – 64).

He served briefly in Tralee and Castlegregory.

He taught in St Brendan’s Killarney and St Colman’s Newry between 1964 and 1967.

In 1971 he began teaching in Hartwick College, Oneonta, in Upstate New York and later in 1980 he came home to teach at Tralee Regional Technical College (later the Institute of Technology Tralee).

After he retired in 1998, he lived in Fenit, the birthplace of St Brendan, and helped out in the local parish, Churchill.

Fr O’Donnchada published ‘Saint Brendan of Kerry, the Navigator’ in 2004 and many studies in the areas of family conflict, suicide, stress, education, marine fishing, population trends and rural development.

He crossed the Atlantic in small boats twice and sailed the seas from Norway to Spain and his experiences at sea led him to study and write on St Brendan.

His funeral mass will take place in his beloved Fenit on Wednesday.