Home > Featured > Lead us not into temptation?

Lead us not into temptation? 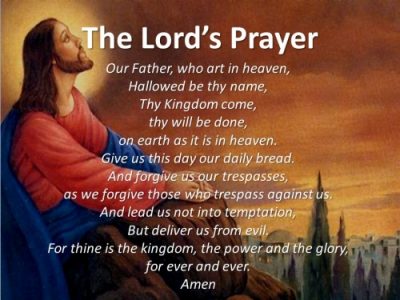 The Lord’s Prayer may be about to change, with the line “lead us not into temptation” being replaced with “do not abandon us to temptation”.

The Italian Bishops’ Conference announced on Thursday that the new version of the Roman Missal will be submitted to the Holy See for approval, according to the Italian ANSA news agency.

Pope Francis raised the issue of the translation of this phrase of The Lord’s Prayer, known also as Our Father, during a TV programme broadcast on 6th December 2017 on the Italian Church TV station, TV2000.

Commenting on the line “lead us not into temptation,” the Pope said: “This is not a good translation.”

“I’m the one who falls. But it’s not (God) who pushes me into temptation to see how I fall,” said the Pope. “No, a father does not do this. A father helps us up immediately. The one who leads us into temptation is Satan. That’s Satan’s job.”

The French bishops have changed the translation to the equivalent of “do not let us enter into temptation,” and the German bishops have also considered changing the translation of the line. However, in January 2018 the German episcopal conference announced they would keep their translation as it is, in order to maintain unity with Protestant denominations and with other countries. But they added in a statement that there should be “greater emphasis on clarifying the meaning and the theological background of this petition to the Lord in conversations, discussions and text contributions”.

The Irish Bishops’ Conference has no immediate plans to change the current wording of the Our Father, a spokeswoman told CatholicIreland.net. However, she said the bishops will continue to monitor the issue, and will liaise with other bishops’ conferences to consider what is the best way of proceeding.

“Words matter and they speak their own truth and it seemed to be a contradiction,” Fr Danny Murphy, director of the National Centre for Liturgy told CatholicIreland.net. “How could God be leading us into temptation? So there is the test then to make sure that what is in the original language is represented in the language in which it’s translated.”

Bishop Brendan Leahy of Limerick confirmed to CatholicIreland.net that the issue had not yet come up at the Bishops’ Conference. “I’m not privy to discussion on it but I presume that the general thinking of it is ‘Those classic prayers are the classic prayers that people have’.”

Bishop Leahy explained that in Italian the old version used the verb “indurre” meaning “induce”. The standard versions of the Our Father come from the Latin, which was in turn translated from the New Testament in Greek. French-speaking Catholics in Benin and Belgium have been using the new translation since last June. The common Spanish translation already is “no nos dejes caer en la tentacion” or “do not let us fall into temptation.”