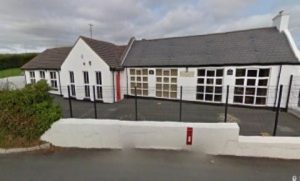 Loughries Primary School, just outside Newtownards in County Down, has 75 pupils. It became an integrated school on 1 September, following approval from former education minister, John O’Dowd MLA, in 2015.

Loughries is the 65th such school in Northern Ireland. It was originally opened in 1842 and is the oldest surviving school in the Newtownards area.

The decision to transform was taken following a ballot in favour of integration by parents whose children attend the school.

Any new integrated school must attract 30% of its pupils from the minority community in the area in which the school is situated.

However, the growth of the sector has stalled in recent years. A review of integrated education, also commissioned by Mr O’Dowd earlier this year, is due to be completed imminently.

The Northern Ireland Council for Integrated Education (NICIE) welcomed the announcement concerning Loughries Primary School, and spoke of an increased demand for an integrated primary school in the wider Newtownards area.

Loughries Primary principal, Jo Thompson, said all involved with the school were “over the Moon”. She said:  “Our parents and children have been celebrating today; our school has continued to grow and develop and we now look forward to achieving further successes in the future.” Speaking about the school’s ethos, she said that “the governors, staff and parents work in partnership to ensure that pupils receive a high quality education. Through working together we can support and empower our children to prepare them for a shared future.”