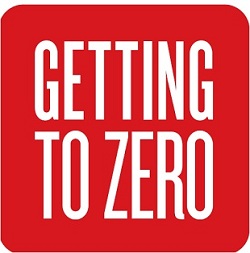 World AIDS Day was marked around the world on Tuesday 1 December.

“We wait for an end to the suffering caused by a deadly virus. HIV remains a serious health issue and resources needed to deal with it still place a huge burden on health services,” stated Sr Carol Breslin, a medical doctor and member of Medical Missionaries of Mary (MMM).

She said Tuberculosis remains the leading cause of death among people living with HIV.

Sr Carol worked for many years in HIV prevention and treatment in Addis Ababa before becoming Director of MMM Communications.

The missionary also stated that access to anti-retroviral therapy is improving the situation but she cautioned, “Sub-Saharan Africa continues to bear the brunt of the problem. In 2014, about 25.8 million people were living with HIV in the region, with women accounting for more than half the total. And so we wait for vaccines and for a cure.” 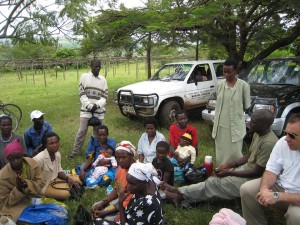 Trócaire marked the day by highlighting its HIV pilot project in Zimbabwe which aims to help combat stigma.

The charity said that while people can often find themselves stigmatised in their communities ‘self-stigma’ is also a huge problem.

This is negative self-judgment resulting in shame, worthlessness and blame and it can limit meaningful quality of life, adherence to treatment and access to health services.

Trócaire, in partnership with the Zimbabwe Network of People Living with HIV and Connect, has piloted this new initiative and depending on results, the programme will be scaled up across Zimbabwe.

Zimbabwe’s Deputy Minister for Health and Child Care, Aldrin Musiiwa praised the programme saying, “I believe that we in Zimbabwe have devised an innovative and effective response to self-stigma, and that we can be leaders in this area, not only here at home but globally.”

Speaking about her own personal experience of living with HIV and dealing with self-stigma Nyasha Tugwete said, “From the day I knew my status, I saw myself as unfit, as one who couldn’t continue with my work, as somebody who is in the grave, as one who couldn’t see her sons grow.”

A resource centre was opened on 16 October 2015 at Connect, which is  an established psychological and educational organisation in Zimbabwe.

In a special report on AIDS, the World Health Organisation (WHO) stated that the world has come a long way since 2000, achieving the global target of halting and reversing the spread of HIV.

New infections have fallen by 35% since 2000 and AIDS-related deaths by 24%. Some 16 million people are now receiving anti-retroviral treatment – more than 11 million of them in Africa.

Ten million men in East and Southern Africa have volunteered for medical male circumcision – a procedure that reduces a man’s risk of contracting HIV by 60%.

WHO states that it is now time to take innovative steps so the world can meet the Sustainable Development Goal target of ending the epidemic by 2030.

Figures released by the HSE in Ireland in June showed that new HIV cases have reached their highest point in five years — with a record number of infections among gay men and a major increase among injecting drug users.