Our Lady’s matchmaking in Knock prospers 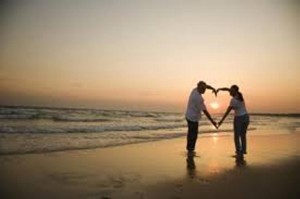 As the traditional matchmaking festival in Lisdoonvarna enters its third week, Ireland’s only Catholic marriage introduction service in Knock is quietly prospering.

According to director, Canon Joseph Cooney, Our Lady is working hard to help them.

Last year, ten couples married who had met through the agency, although there may well be others, as often marriage occurs years after the initial introduction and “people forget where they met”, says Canon Cooney.

He has been running Knock Marriage Introductions, since Ireland’s cupid priest, Fr Michael Keane retired in 2004.

“It was an attempt to do something for the women left behind. When the men came home from England, through the bureau, they’d be able to meet someone,” Canon Cooney told CatholicIreland.net

When asked to take over the agency, Canon Cooney’s response was, “Sure, I know nothing about that.” However in the intervening nine years he has grown into the job, even if it is “hectic going all the time”.

“We’re happy if we get a few marriages in a year – then it is all worthwhile,” he added.

So far this year 65 women, and 55 men have applied for an introduction. Many of the women are professional, says Canon Cooney, and many of the men are farmers. “Faith can be stronger among the males than the females.”

The office in Knock has reduced its hours, now open just two days a week, Tuesdays and Thursdays, but Canon Cooney says the demand is as great as ever.

In recent times, he has become more “hands on” in his involvement. “Before it was all done through the mail, now I’ll phone the lady, explain about the man – his height, whether he has second or third level education, what his interests are. She tells me if she’s interested. Then I do the same thing with the man, and if he’s interested, I get permission from the lady to hand on her telephone number.”

Membership of the agency costs €150 per year – a small price by comparison with their competitors. One man who joined the agency recently had spent €900 on one online dating agency.

“Often by the time they get to us, they have tried everything else. They’re very honest,” says Canon Cooney.

He or Leona Connery, who runs the agency on a day-to-day basis, try to stay in regular touch with all their members.

“If they meet and nothing clicks, they’re back to us very fast, and matched with someone else.”

If they do not hear from a couple, Canon Cooney or Leona will ring them after a month to hear how things went.

“It is enjoyable, though when you’re dealing with matchmaking every day, the romance goes out of it a bit!” says Canon Cooney.