Home > News > Archbishop warns against the sin of disinterest

Archbishop warns against the sin of disinterest 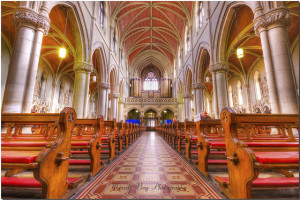 Disinterest is the “greatest professional sin or illness” in politics, public administration and Church leadership, Archbishop Diarmuid Martin of Dublin has said.

In his homily to mark the 175th anniversary of St Peter’s Church in Phibsboro in the capital, the Archbishop said the unjust judge in Sunday’s Gospel represented “the world around us and often too the word within us when we put out of our sights and thoughts things that are unpleasant and make us uncomfortable.”

In his address, he warned that lack of interest could result in just thinking about oneself or one’s institution.

He said unlike outright corruption, the sin of disinterest can be hard to identify.

“It is the classic sin of omission which we try to defend by saying that, while perhaps we should have thought of that, we were never really obliged to go beyond our definition of the call of duty,” he said.

Considering the unjust judge, Archbishop Martin suggested that most likely he was not a corrupt judge who gave unjust sentences or took bribes in order to be partial in his judgements.

He was simply not interested in the life and the good of the community for which he had responsibility.  He was inattentive and disinterested and went about his own life without caring in depth for those around him.

“In many ways one could say that in the parable he represents the world in which we live and in which we have to develop our faith and our life,” Archbishop Martin commented.

Elsewhere in his homily, he said the Gospel reading for Mission Sunday was about faith and the widow was presented as a model of faith.

Looking back over the 175 years of the mission of St Peter’s, he said it was possible to see in the “poor but determined widow” a model of faith which has been repeated over those 175 years by the men and women who have built up the parish community in Phibsboro.

Referring to the context of the establishment of St Peter’s, he noted that the Vincentian Fathers had only just come to Ireland when the request was made to them by Archbishop Daniel Murray to take over the beginnings of a new community which was growing along Dublin’s elegant North Circular Road – “which you might say was then the M50 of its time.”

Paying tribute to the Vincentian charism which had established “true and lasting roots” in the Dublin 175 years ago and which had continued down to today, he noted the role played by the Society of Saint Vincent de Paul in the church community.

The Daughters of Charity had brought care and support to the poor and the burdened, he commented.

“The influence of that Vincentian charism spread way beyond this Church as missions were carried out around Ireland. These missions are still today great models of renewal and evangelisation and a reawakening in faith,” the Primate of Ireland said.

He also paid tribute to St Peter’s role as a centre of welcome to people who in recent years have come to our shores and especially those who found themselves in moments of difficulty and victims of indifference and disinterest.