Home > News > Lack of European patriotism is threat to EU

Lack of European patriotism is threat to EU 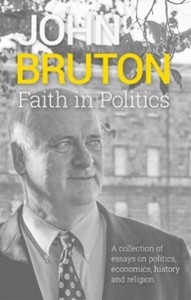 Former Taoiseach, John Bruton, has warned that the lack of emotional and spiritual support for the European Union could ultimately lead to its break up.

Speaking to CatholicIreland.net following the launch of his book ‘Faith in Politics’, Mr Bruton said that in Europe people are expected to see the value of European union “purely on a rational basis without giving it any emotional support.”

There is the absence of both “symbolic” (in form of a flag or anthem) and “emotional support” and the lack of a “common conversation” in the form of an election of, for example, the President of the European Commission.

“Therefore when Europe faces a big threat, such as is faced with the difficulties over the Euro or how to handle refugees, people’s reactions are not European, they are national.”

Europe has become more integrated legally in the last ten years, he said, and more divided politically and spiritually and emotionally. “And this is very dangerous in the long run. Countries are going off in their own direction.”

He added that a lot of countries had applied to join the European Union, not because they wanted to share European solidarity but because it suited them to join the EU as a means of bolstering their position against some neighbour that was not a member.

“That narrow reasoning isn’t sufficient to keep the Union together when a difficult crisis arises.”

Asked about the ‘vocation to Politics’ mentioned in the introduction to his book, a collection of 47 essays, on Irish Politics, Economics, History and Religion, Mr Bruton said that politics was about serving the general interest and not just yourself.

“There is of course competition in politics but you are not competing for yourself, you are competing on behalf of the ideas in which you believe, in view of what is in the general interest of the public. Politics is a vocation in the sense that it is there to help the public make decisions together about things upon which they do not agree.”

Things people agree on can be delegate to others, but “when it comes to something where people are profoundly divided then the only course in a democracy is to hand that job to politicians.”

For this reason, politicians are often the subjects of criticism, he said, but a politician who spent his or her life avoiding criticism “would not be doing the job of a politician properly”.

Mr Bruton, who was Taoiseach from 1994 to 1997 and also served as EU Ambassador to the US, said there was a current ‘deficiency’ in that politicians did not explain the nature of politics “that it is about things that are “inherently controversial, difficult and potentially unpopular.”

In the run up to the general election, Mr Bruton said he thought the public should have respect for people who enter politics.

“If you are entering politics, you are putting your entire person out to be the subject of criticism – not just your political views but your appearance, your background, any mannerisms you may have – are open to be ridiculed by people who are either your opponents or who just fail to understand that one is doing what one is doing in entering politics, in 90% of cases, purely out of altruistic motives.”

The title of his book, ‘Faith in Politics’ is deliberately ambiguous.

“There is quite a bit about my own faith and about why I think faith and politics can’t be separated but I also am expressing [in the title] faith in the profession of politics.”

He said his own faith had helped him to understand the value of each human life, whether born or unborn.

Each human life is created by God and it is human, he said. “Being human, each human life has a soul and God wants that soul to be respected and taking away the life of a human being is not something that we have a right to do out of convenience.”

He believed the reasoning of the Supreme Court in the X case (which then became embodied in the Protection of Life during Pregnancy Act) was ‘entirely wrong’.

Drawing an analogy with a thief threatening to rob a bank with force he said, “You wouldn’t excuse them on the grounds that ‘If I don’t get the money I’ll commit suicide.’ I felt that the Supreme Court was entirely wrong in 1992.”

Faith in Politics by John Bruton is published by Curragh Press.