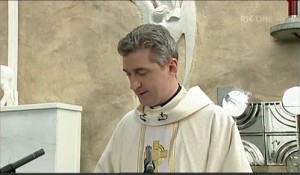 Knock Shrine is hoping to increase its international profile by opening an online facility for overseas worshippers to light candles at its altar.

The Co Mayo shrine launched the service on its website this week and is asking online pilgrims to make a ‘suggested’ donation of €2.50 for each candle.

The move follows in the footsteps of Lourdes in France and St Patrick’s Cathedral in New York who have an online prayer and candle service operating already.

Speaking about the facility to CatholicIreland.net Knock parish priest Fr Richard Gibbons said, “There are people all over the world, especially members of the Irish diaspora in the UK, Australia, America, Canada and elsewhere who would like to have their intentions and prayers heard at Knock.”

“We are playing catch-up in a sense, because Lourdes and St Patrick’s in New York already has this type of facility.”

“A lot of people living abroad would have a huge love of the shrine and write to us if, say, they are living in Australia and someone has died and they would like us to say a prayer to honour that person.”

“Or we get requests for candles. So we decided it would be good to have that facility online.”

According to Fr Gibbons, “We just felt in redesigning our website we could make a connection with Irish people abroad.”

Fr Gibbons added that while “there is no charge for petitions there is a suggested charge of €2.50 for candles.”

The project is tied into a complete redevelopment of Knock and particularly the ‘Witness to Hope Project’ which commenced at the Shrine last October to promote the Shrine at home and abroad,” Fr Gibbons said.

“Our purpose is threefold. We want to show how special Knock is. We will have different programmes coming online which tie-in with the renewal of faith and we are re-developing the Basilica,” he added.

Knock shrine attracts about 1.6 million pilgrims a year, and over 700,000 passengers flew to Knock airport last year, the highest figure in its 29-year history.

The Shrine consists of over 100 acres which Fr Gibbons said, “with its beautifully landscaped gardens provide the tranquillity and peace people yearn for.”

Knock’s busiest period each year is its annual national Novena which this year runs from 14 – 22 August which will see over 150,000 people visit the shrine.