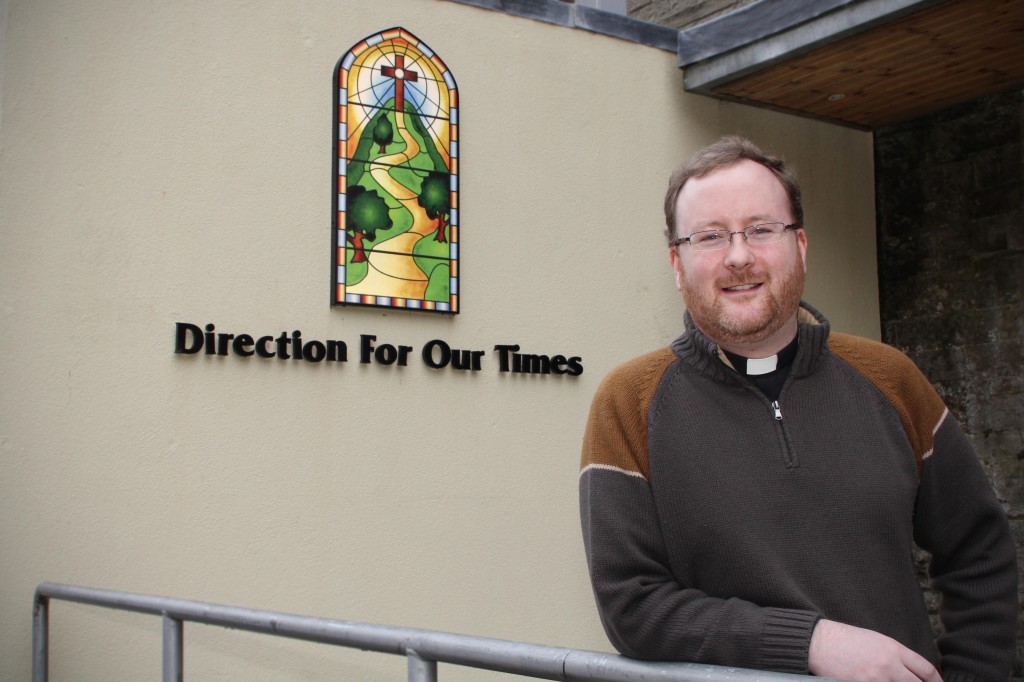 A major fundraising campaign is underway to raise money to transform the Co Cavan abbey which was the headquarters of the Nobertine Fathers in Ireland.

Kilnacrott Abbey in Ballyjamesduff was bought in August 2012 by a new catholic lay movement called Direction For Our Times after a previous property deal collapsed.

The substantial property and its 43 acres of land had been on the market for a number of years; in 2008 it had a price tag of €3 million.

However, Fr Darragh Connolly, a priest of the Kilmore diocese, who is chaplain to Direction For Our Times, told CatholcIreland.net that the catholic movement bought the abbey and part of its land for €610,000 two years ago.

He explained that the new group, which currently has more than 400 prayer groups in over 20 countries, 35 of which are in Ireland and the UK, plans to transform the site into the “headquarters for the international apostolate” which promotes catholic devotion as well as into a “centre for catholic faith formation.”

When the group came into full ownership of the abbey in August 2012, they gave the remaining Nobertine monks until August 2015 to vacate the premises and find alternative accommodation.

Fr Connolly said they are undeterred by the presence of the grave of the notorious child sexual abuser, Fr Brendan Smyth, in the grounds of the abbey.

“The grave can serve as a reminder for us all of the enormous wounds of so many. We do not feel that these wounds should ever be forgotten or dismissed,” he said.

Smyth spent three years in Kilnacrott evading the RUC in the 1990s and the delay in his extradition to Northern Ireland brought down the Labour/Fianna Fail coalition government in 1994.

Over the next eighteen months, an extensive survey of the abbey is due to be carried out by architects and systems engineers to establish what utilities are functional and what needs updating and replacing.

“We will have to totally renovate before occupying. We do not have a cost yet, but we will certainly need donations for the renovations,” Fr Darragh said.

The mission of Direction for Our Times (DFOT) is to spread the writings and revelations of Anne, a lay apostle.

In 2006, the mother of six claims she had a vision in which Jesus spoke to her about Holy Trinity Abbey in Kilnacrott, telling her it was to become a site of pilgrimage for her apostolate. She says she also received visions of what the place would become.

Last week the group obtained the formal backing of Bishop Leo O’Reilly of Kilmore for the Anne’s writings. This imprimatur says that the mystic’s books are free from doctrinal error.

A spokesman for the Diocese of Kilmore, Fr Donal Kilduff, told CatholicIreland.net that the diocese did not provide any money for the purchase of Kilnacrott Abbey.

He said the diocese welcomed its redevelopment as they were “happy with anything that promotes faith.”

In a talk in January of this year, Anne said the movement was at a point of taking stock after 10 years since it began.

“During that time, we have been well and truly blessed with the words of direction and the graces of conversion,” she said.

She said the membership came from Ireland, America, the United Kingdom, the Philippines, India, Africa, Mexico, China, Poland, Lithuania, Portugal, France, Spain, and many other places.

“We are united in one spirit, serving from our families, our parishes, in union with our dioceses and in the broader context of the international Church.”

Of the purchase of Kilnacrott Abbey, she told her followers that “It became clear some years ago that the Lord wanted us to purchase the property we know as the Abbey. We did so, and we are due to take possession in approximately 16 months. The work at that property will be faith formation.”

She explained that preparations to develop a programme, which the faith formation centre will deliver, began in September 2013.

“Our methodology always includes elements of Human Development, Spirituality and Scripture and Tradition.”

She said it was her conviction that “We, the lay people, without formation in the four areas named for priests, are not equipped to let our voices be heard meaningfully or to take our rightful and necessary place alongside the clergy.”

“But where are we to get such a formation? It is largely unavailable to us, isn’t it true? Well, the Lord has made it clear that if the property in Kilnacrott is the ‘where’, then the faith formation programme is the ‘what’.”

According to the American-born Irish citizen, the course is being developed with a multidisciplinary team of clergy and lay people and includes a psychotherapist who lectures at an Irish University.