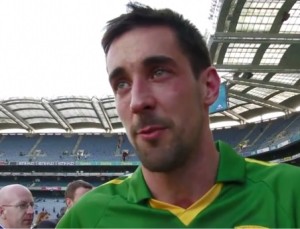 Kerry All Ireland hero, Anthony Maher, has pulled on a new jersey for the month of October.

The Kingdom superstar has thrown his weight behind this year’s Mission Month describing it as one of the most worthy causes in the country and saying it is a cause he is passionate about.

The midfielder says the work of Irish missionaries is something the people of Ireland can be hugely proud of.

“Missionaries do fantastic work across all areas in developing countries,” the footballer said.

“They are respected and valued by the people whom they serve and I would urge the people of Ireland to think of them on Mission Sunday, 19 October”.

Next Sunday, parishes across Ireland will donate one collection towards the work of Irish missionaries and their congregations.

“My own Uncle, Fr Tim Galvin, has been out in South Sudan for several years and the work that he and the other missionaries do is simply amazing. Missionaries continue to work in some of the most volatile, disadvantaged and challenging countries in the world and they do so selflessly and tirelessly,” Anthony Maher said.

“They work in education, provide help and care for people with AIDS, they help to provide access to clean water, social justice programmes, human rights programmes, everything – right across the board.”

“They are, for the main part, feisty and spirited, they really are a breed apart. Without them, the lives of the people they serve would be so much bleaker.”

Mindful of the economic challenges Irish families are continuing to face, the GAA hero stated, “We all appreciate that the people of Ireland are going through a very difficult time economically with lots of demands, but even a little means a lot in developing countries. 20 cents can buy five dinners in Africa, so please do your best.” 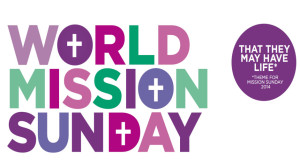 Mission Sunday is the sole day of the year set aside for catholics in the Irish church to contribute to the work of missionaries working in developing countries.

In all there are approximately 1, 500 Irish-born missionaries serving in 83 countries around the world.

The dedication of Irish missionaries is recognised worldwide and recent figures show that up to 60% of all health care services for people living with AIDS in sub Saharan Africa is provided by the Catholic Church.

A lot of new missionary activity in recent years is being carried out in countries that were formally under Communist control; the countries of Eastern Europe, Russia and Mongolia.