Home > Featured > Keep an eye on what ultimately matters – holiness

Keep an eye on what ultimately matters – holiness 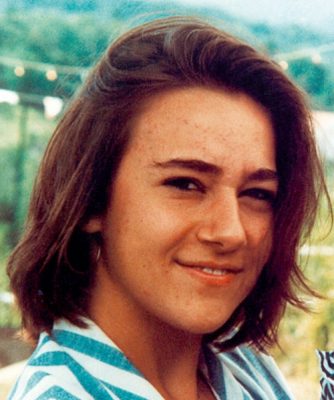 In a pastoral letter to be read at Masses this weekend, Bishop Brendan Leahy of Limerick has suggested to Catholics in his diocese to “take holiness as a theme for Lent this year”.

I do so because Pope Francis has recently written a wonderful letter on holiness reminding us of its importance, he writes on the diocesan website. “At a time when we are getting used to pastoral units and new pastoral arrangements in our Diocese, it is good to keep our eye on what ultimately matters – our holiness.”

Speaking on Ash Wednesday, the Bishop of Limerick admitted that there was a fall-off in the number of people actively engaged in the Church. As a result, “Lent does not have the same impact in terms of people giving things up, which was the traditional response to Lent.

Bishop Leahy suggested that people should use Lent as a “moment in time when we start doing something special for others. It could be someone elderly living alone, it could be someone who is going through a difficult patch in their lives, someone perhaps you have become estranged from.”

There were lots of ways to do more good, said Bishop Leahy, and he was convinced “that if people take this on, they will feel a lot better about themselves.

“Last summer I spoke of our need to repair the Church. At Advent I proposed new pastoral arrangements arising out of the Synod. But this Lent I would like us to focus on what God is ultimately asking of us – to be holy,” he told the congregation.

“Holiness can mean many things. I know for some it can sound like an old-fashioned notion or, for others, holiness might seem simply unreachable. But it is simply love lived fully and made up of small steps in our everyday life, no matter what or where or how we find ourselves.”

In his Lenten pastoral letter, entitled This is what God wants of us – our holiness, Bishop Leahy focuses on the lives of some modern examples of holiness, like blessed Chiara Luce Badano, who died in 1990. “There are photographs of her dressed in jeans, tee-shirts and sneakers, speaking on a mobile phone, going on holidays in the sun. She was into U2. And yet, in the everyday simple things she grew in holiness,” he writes.

Bishop Leahy recounts an experience from Chiara Luce’s childhood when her mother suggested she should give away some of the toys she had amassed. “She replied: ‘No, Mum, they’re mine’. Her mother left it at that and continued what she was at in the kitchen, but was surprised when later she discovered that Chiara was giving away her new toys. ‘I can’t give broken toys to the poor,’ she told her mum.

“Diagnosed with cancer at 17 years of age, Chiara continued to focus on living the present moment,” writes Bishop Leahy. “When a difficulty or suffering would arise, she would repeat, ‘If you want it, Jesus, I want it too’.

“And she kept on loving one by one the people who surrounded her, offering words of encouragement, advice and inspiration. And that included her parents in practical everyday ways. She once advised her father: ‘Dad, when you get up early in the morning, don’t draw the blinds so that Mum can continue sleeping!’ She convinced her mother to make up after a row that had continued for some time with her sister-in-law.

“It was in the ordinary circumstances of life that Chiara reached holiness and her example has since then touched many young people around the world.”

Pope Francis’ Apostolic Exhortation on the Call to Holiness in the World, entitled Gaudete et Exsultate, is available at: http://w2.vatican.va/content/francesco/en/apost_exhortations/documents/papa-francesco_esortazione-ap_20180319_gaudete-et-exsultate.html.