Home > News > Jubilee of Mercy needed now more than ever 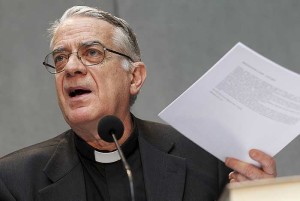 In the wake of the deadly terror attacks in Paris, the Director of the Press Office of the Holy See has said that the Holy Year is a message of mercy to drive out fear.

Speaking to Vatican Radio, Fr Federico Lombardi SJ said, “In these sad days in which murderous violence has reared its insane, horrible head, many wonder how to respond.”

“Some people are already asking how to live the experience of these last days of waiting before the opening of the Jubilee of Mercy.”

Fr Lombardi went on to say, “Be on guard: these murderers, possessed by a senseless hatred, are called ‘terrorists’ precisely because they want to spread terror. If we let ourselves be frightened, they will have already reached their first objective. This, then, is one more reason to resist with determination and courage the temptation to fear.”

The Jesuit said that it goes without saying that people must be cautious, and not irresponsible and take precautions that are reasonable.

“Nevertheless, we must go on living by building peace and mutual trust. So I would say that the Jubilee of Mercy shows itself even more necessary. A message of mercy, that love of God which leads to mutual love and reconciliation. This is precisely the answer we must give in times of temptation to mistrust.”

He recalled that St John Paul II said that the message of mercy was the great response of God and of believers in the dark and horrible time of the Second World War, which saw massacres carried out by totalitarian regimes, and the spread of hatred among peoples and persons.

“Today, too, when Pope Francis speaks of a third world war being fought piecemeal, there is need for a message of mercy to make us capable of building bridges, and, in spite of everything, to have the courage of love,” he said.

He concluded by saying that “This is, therefore, no time to give up the Jubilee, or to be afraid. We need the Jubilee more than ever. We have to live with prudent intelligence, but also with courage and spiritual élan, continuing to look to the future with hope, despite the attacks of hatred. Pope Francis guides us and invites us to trust in the Spirit of the Lord who accompanies us.”