Home > Featured > Journeying together is already step towards unity

Journeying together is already step towards unity 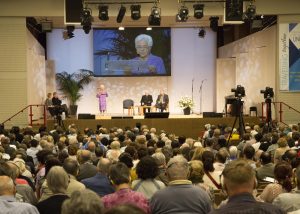 A strong contingent of people representing four churches in Ireland took part in a recent ecumenical week in Rome promoted by the Focolare Movement.

‘Walking together. Christians on the road to unity’ brought together over 700 Christians from four continents, from more than 70 churches.

The week-long event included participation in the general audience with Pope Francis at St Peter’s Square and an ecumenical service at the catacombs of St Sebastian.

Presbyterian Minister Rev Ken Newell described the event as “the United Nations for unity, like the day of Pentecost; although we were speaking different languages, there was one message”.

Rev. Newell, from Belfast, was one of a group of 15 from the island of Ireland, including members of the Catholic, Methodist, Presbyterian and Ethiopian Orthodox Churches.

The gathering considered a central theme in the spirituality of unity – Jesus crucified and forsaken as a key to unity. 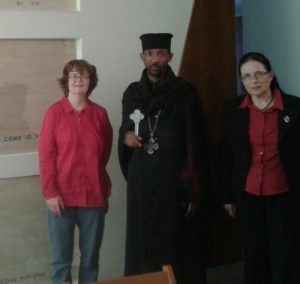 “Chiara Lubich, founder of Focolare, proposed the ‘dialogue of life’ as the typical contribution of the spirituality of unity towards full, visible communion among Churches,” Irene Jovaras, a Catholic from Belfast, told CatholicIreland.

“The week we have lived together has been an experience of that. For me it was like opening a gate from a vision of ecumenism as a garden of beautiful flowers to that of a national park.”

“We have re-discovered that we were one church before and have, indeed, a great common heritage,” said Rev. Dr Martin Robra. “Ecumenism is not just a matter of doctrinal dialogue and clarifications, but a dynamic reality that includes all dimensions of our witness to the world: so that the world may believe, since we are becoming one while together on the way.” 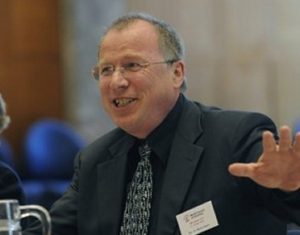 Rev. Dr Martin Robra of the World Council of Churches

The Metropolitan of Italy and Malta, for the Patriarch of Constantinople, Metropolitan Gennadios – received a standing ovation at the end of his talk which commemorated the 50th anniversary of the first meeting of the Ecumenical Patriarch Athenagoras I and Focolare founder Chiara Lubich, underlining her role in the rapprochement between the Catholic Church and the Ecumenical Patriarchate.

A highlight of the week for many participants was the Ecumenical service at the Church of Saint Sebastian, above its catacombs, on 11 May during which participants recited the Nicene-Constantinopolitan Creed in its original version. This was followed by the priestly prayer of Jesus in St John’s Gospel in many languages: “Father, may they all be one”, and a pact among all to “to love one another as [God has] loved us”.

Rev. Newell said he was impressed by the high level of motivation amongst the participants to bring Christians together “to work locally, whether in Moscow, Cairo or Ethiopia. These are the people who are cracking the ice of division, melting icebergs that have kept people separated a very long time.”