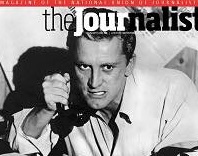 Religious literacy is becoming a ‘hot topic’ according to the National Union of Journalists’ latest magazine.

As journalists face increasing criticism for misrepresenting people of faith, and of being Islamophobic, there have been calls for journalists and media outlets to undergo religious literacy training. This is according to an article in the December/January issue of The Journalist by Jenny Sims, who stated that “[Religious literacy] training is slowly taking off.”

The National Union of Journalists (NUJ), which has members in Ireland, the UK and Europe, held a workshop on the topic in Cardiff under its NUJ Training Wales programme.

The first guide to religious literacy for media professionals was launched in London in November. The guide, published by Lapido Media, is named Religious Literacy: An Introduction.

“We’ve pretty much lost the ability to talk about religion and belief just when we need it the most,” Dr Jenny Taylor, Founder and Senior Executive of Lapido, said, citing Professor Adam Dinham of Goldsmiths College, University of London.

Lapido Media is now working with the Press Association and the National Union of Journalists to produce learning systems that incorporate religious literacy, for which she said there is a “crying need”. 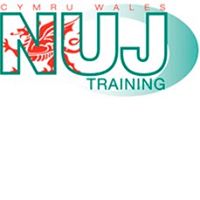 The current hot topic is Islam, and there were many speakers emphasising the need to go beyond labels such as ‘radical’. There was also input from Christians. Ireland correspondent with Sky News, David Blevins, who was nominated for a Royal Television Society award for his coverage of the Omagh bombing, spoke at the launch.

He said that a lack of religious literacy could cause ‘serious offence’ and cost journalists credibility. Reflecting on the use of the phrase ‘Christians killing Christians’ in Northern Ireland, he said there are “staggering levels of religious illiteracy.” For example, journalists reported that prayers were said for Protestant victims of a bombing, even though Northern Irish Protestants do not pray for the dead.

He took time out from Sky to study theology, and stated that journalism is a vocation for him. He rejected journalists’ traditional scepticism of religion, saying: “Report on others as you would have them report on you.” 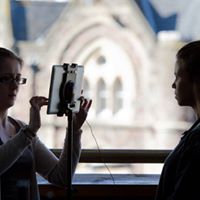 The NUJ workshops involved Angela Graham, who comes from a Christian background and has been involved as a producer and director in broadcast and other media for decades. She wrote in her blog that she felt no one was responsible for ensuring that journalism students and professional journalists are well-equipped to interpret what she called “the powerful impetus of religion at home and abroad – and not only religion but belief in a wider sense.”

She linked up with NUJ Training Wales, and the workshop was held in Cardiff on 8 November. ‘When Religion Makes the News’ had 82 participants, including journalists and representatives of faiths and of secular belief systems.

“Without knowledge, we can’t report on and challenge the more problematic aspects of religion and if we don’t do that, extremism flourishes and people retreat into their own echo chambers. It was also great to meet some new faces from so many religious communities,” stated one participant, Gareth Jones, journalist with BBC Cymru Wales.

Those present heard how it is a challenge not only to learn more about a religion itself but to recognise which branch of the religion the story refers to, so journalists know where to go and find out who has authority to speak for that particular group.

Innes Bowen, author of Media in Birmingham, Najaf in Brent: Inside British Islam, highlighted the breakdown of branches of Islam and ethnicities within Wales’s mosques and institutions, indicating that journalists may need to look for a number of representative voices.

The issue for faith media representatives (some of whom are non-professionals) often is how to engage and communicate effectively with their own members and with the media at large. Understanding what is deemed to be news is also important, and to be available for journalists at very short notice when they need interviewees or case studies.

NUJ Training Wales made resources available for attendees and the wider community via its website:
– Table of religious literacy resources from Dr Michael Munnik, Centre for the Study of Islam, Cardiff University
– ‘Guide to Christianity in Wales for Journalists’ by Gethin Rhys of Cytûn (Churches Together in Wales) with information about the different branches/denominations and media contact details.
– ‘Guide to Non-Christian Faiths in Wales’, compiled by Gethin Abraham-Williams is in the pipeline.

For the faith media reps, resources on the website include:
– ‘Working with Journalists’ by Angela Graham;
– From Christine Warwick, PR consultant: ‘What makes news?’; ‘Target audience’; ‘Writing an effective press release’ and ‘Tips for broadcast interviews’.