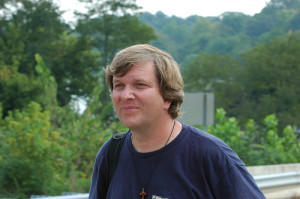 A high profile American priest who is internationally known for his peace activism and writing has been dismissed from his Jesuit order.

Fr John Dear, who has served for 32 years as a member of the Society of Jesus, revealed the decision taken by the Jesuit Superior General in his column in the National Catholic Reporter.

His expulsion actually dates back to last June.

Jesuit leader, Fr Adolfo Nicolas, informed Fr Dear that he was being dismissed from the Society of Jesus because he had been “obstinately disobedient to the lawful order of superiors in a grave matter.”

The priest reportedly had refused an order to live in a Jesuit community in Baltimore, preferring to continue his work in New Mexico where he has worked for a number of years.

The popular priest, who is also an author known for his peace writings, has been arrested 75 times in relation to his civil disobedience actions on causes such as US policies on Latin America, nuclear weapons development, and the cooperation of Jesuit educational institutions with US military recruitment programmes.

In his article in the National Catholic Reporter, Fr Dear writes that he is leaving the Jesuits “with a heavy heart … because the Society of Jesus in the US has changed so much since I entered in 1982 and because my Jesuit superiors have tried so hard over the decades to stop my work for peace.”

According to Fr Dear, in correspondence sent to him by Fr Nicolas, his superior informed that “failure to obey the command that he return to the specified house of the Order by a specified date would be cause for his dismissal from the Society of Jesus.”

The matter was drawn to the attention of the Jesuit officials in Rome when the Maryland province highlighted it with them. The Jesuit Superior General and his Council then voted on whether to expel Fr Dear and the vote unanimously favoured expulsion.

In his column Tuesday, Dear says he decided to stop living at the Jesuits’ community in Baltimore, choosing to return to living at a previous assignment in New Mexico because the provincial of the Maryland province, Fr James Shea, did not arrange an appropriate assignment for him in the Baltimore area.

According to the NCR’s Joshua McElwee, Fr Shea said in an emailed statement that Fr Dear was dismissed from the order as of 20 December “following an extended period of dialogue between the leadership of the Maryland Province and John regarding his ministerial assignment and time he requested to discern his vocation.”

“The process was initiated in the fall of 2012 after John declined to return to his Province to live in a Jesuit community while continuing his ministry of peace and social justice, including lecturing and writing,” Fr Shea stated.

Fr Dear lived in New Mexico, where he previously served as pastor of five parishes in the archdiocese of Santa Fe, until 2011, when Fr Shea ordered him to return to Baltimore, the headquarters of the Maryland province.

According to Joshua McElwee, Fr Dear described in his 2008 autobiography, ‘A Persistent Peace: One Man’s Struggle for a Nonviolent World’, his “frequently tense relationship between him and his superiors in different postings.”

“Early in his time in the order, he garnered critique for his protest of the presence of a military recruiter at a Jesuit high school in Scranton, Pa., where he was serving as a teacher in the mid-80s. More recently, he says he received incensed letters from parishioners in New Mexico over homilies he directed at employees of Lawrence Livermore National Laboratory, a facility in the nation’s nuclear weapons complex,” McElwee wrote.