Home > Featured > Jesuit priest to be beatified in first for Ireland

Jesuit priest to be beatified in first for Ireland 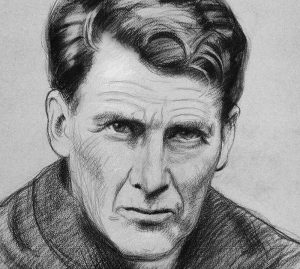 The Jesuit priest Fr John Sullivan will be beatified in Dublin tomorrow, 13 May. Uniquely in church history, a Catholic and Anglican archbishop will present the solemn petition asking for Fr Sullivan to be declared a ‘Blessed’.

“It has never happened before that a Protestant petitions for the beatification of a Catholic. It is a first,” Vice-Postulator for the Cause Fr Conor Harper SJ told CatholicIreland.

The beatification ceremony takes place at 11.00 am in Gardiner Street Church, resting place of the mortal remains of Fr John Sullivan since 1960. Cardinal Angelo Amato, Prefect of the Congregation for the Causes of Saints, will be chief celebrant, assisted by the Archbishop of Dublin Diarmuid Martin.

The Church of Ireland Archbishop of Dublin Michael Jackson will also be present, and during the formal request for beatification, in an unprecedented ecumenical gesture, the two archbishops will make the petition, reflecting the fact that Fr John was an Anglican for the first half of his life and Roman Catholic for the second. 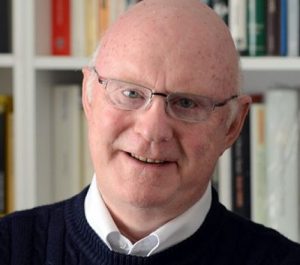 Beatification, which confers the title ‘Blessed’, means that a man or woman is considered to be truly holy and worthy of veneration at a local level.

The next stage after beatification is canonisation – sainthood – which is a recognition of this holiness by the universal Church. “Now we are looking for another miracle which must happen after Fr Sullivan’s beatification for him to be canonised,” said Fr Harper.

Born in 1861, one of five children, he grew up in privileged conditions in Ireland and Britain. He was raised in the Protestant tradition of his father Sir Edward Sullivan, who rose to be Lord Chancellor of Ireland. His mother, Elizabeth, was a devout Catholic.

John wrote of “a blessed childhood in a happy, loving home”, although he suffered the loss at the age of 16 of an older brother through drowning.

In Trinity College Dublin he excelled in his studies of the classics. He was an avid whist and tennis player and dubbed “the best dressed man in Dublin”. Society mothers viewed him as a major trophy in the matrimonial mart.

He travelled extensively in Europe and was a rising barrister, taking part in a diplomatic mission investigating a massacre in Adana.

In 1836, however, he made the surprising decision to become a Catholic. His reception into the Catholic Church marked a complete break with the life he had lived before. Returning to his home in Fitzwilliam Place, Dublin, he stripped his room down to the floor boards, and spent much time visiting the poor and dying. Four years later, he entered the Jesuits.

From the time of his ordination in 1907, reports of miraculous healings began. Cures for meningitis, St Vitus’ Dance, breast cancer, TB, pernicious vomiting, infantile paralysis and many other illnesses were all attributed to his prayers during his lifetime.

He willingly cycled long distances to spend hours praying at a patient’s bedside while working as a teacher in Clongowes Wood College in County Kildare. Fittingly, students from the school will sing at the ceremony tomorrow.

After his death in 1933, his graveside in Clongowes became a place of pilgrimage and the healings continued. Fr Harper says there have been hundreds of miracles attributed to his intercession, many within living memory.

The miracle which has allowed his beatification involved a woman who had a cancerous growth on her neck in the early 1950s. She was to have it removed by surgery. On Holy Saturday she prayed for a cure through the intercession of John Sullivan and on Easter Sunday the growth was gone.

Fr Sullivan’s beatification ceremony will be streamed live at www.jesuit.ie/beatification.

Dignitaries present will include: Archbishop Eamon Martin, Primate of All Ireland; Fr Toni Witwer SJ, General Postulator for Jesuit causes; the Provincial of the Irish Jesuits Fr Leonard Moloney; and the Lord Mayor of Dublin Brendan Carr. The congregation will also include representatives from Portora Royal School, Enniskillen, Trinity College Dublin and members of Fr John’s family, most of whom will travel from England.