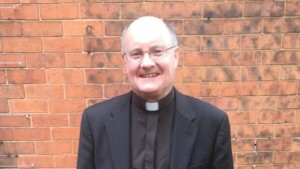 Pope Francis has appointed an Irish-born Monsignor as Bishop of Nottingham for the Church in England and Wales.

Mgr Patrick McKinney, a priest of the archdiocese of Birmingham, is the tenth Bishop of Nottingham and succeeds Bishop Malcolm McMahon OP.

He will be ordained to the episcopate by Cardinal Vincent Nichols, Archbishop of Westminster, in St Barnabas’ Cathedral, Nottingham on Friday 3 July.

Mgr McKinney (61) is the eldest son of Patrick and Bridget McKinney who were originally from Buncrana in Co Donegal. Shortly after his birth, his parents moved to Birmingham.

His parents later moved back to Ireland in the 1970s as he began his studies for the priesthood at St Mary’s College Oscott, the archdiocese of Birmingham’s seminary.

He was ordained to the priesthood in 1978 in St Mary’s Church Buncrana where his family live and he regularly visits his brother and sister who continue to live there.

After his Ordination he was appointed assistant priest in the parish of Our Lady of Lourdes, Yardley Wood, Birmingham, and chaplain to St Thomas Aquinas Secondary School, Kings Norton, Birmingham.

Between 1982 and 1984, he was a student at the Gregorian Pontifical University in Rome, where he gained a Licence in Sacred Theology.

Returning to the Archdiocese of Birmingham, he taught fundamental theology in St Mary’s College until 1989, when he was appointed Rector of St Mary’s College, a post he held for nine years, during which period he was also a lecturer in ecclesiology, the theology of the Church.

He left the College in 1998, and until 2001 he was parish priest of St John’s, Great Haywood, and Episcopal Vicar for the north of the Archdiocese of Birmingham.

He left the parish in 2001, remaining as Episcopal Vicar until 2006 when he was appointed parish priest of Our Lady and All Saints, Stourbridge and Dean of the Dudley Deanery.

Speaking about his appointment Mgr McKinney said, “I look forward to getting to know all the priests, the deacons, religious, and lay men and women of the Diocese, and also working alongside other Christians and those involved in interreligious work and dialogue in service of the wider community.”

“I have much to learn as I prepare to take up my new ministry within the Diocese of Nottingham, but am greatly looking forward to it.”

Archbishop Malcolm McMahon of Liverpool, who was Bishop of Nottingham from 2000 until 2014, responded to the news saying, “The Diocese of Nottingham is a big Diocese with a big heart.”

“I hope that Mgr McKinney will be as happy as Bishop of Nottingham as I was for almost fourteen years.”