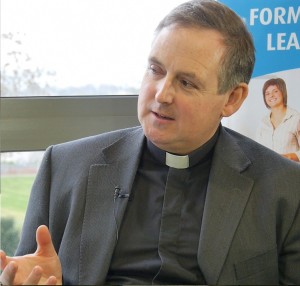 More than 40 leading Catholic theologians from 21 countries took part in a global research congress on the power of theology in overcoming abuses of power in church and society last week in Brazil.

Among the international keynote speakers lined up for the event from 16-20 July in Belo Horizonte, were Rev Dr Friedrich Bechina of the Congregation for Catholic Education in the Vatican and Irish Columban missionary, Fr Peter Hughes, who is Executive Secretary of the Latin American Bishops’ Justice and Solidarity Department.

The conference was held in the light of Pope Francis’s call for a renewal and reform of the Church’s mission.

“We chose the theme of the power of theology in overcoming abuses of power in Church and society back in 2011,” Professor Eamonn Conway explained.

“Little did we know then that we would have a new Pope and that the Congress would be held in the light of his apostolic exhortation Evangelii Gaudium – The Joy of the Gospel – which provided a renewed sense of vision for our deliberations, particularly when it comes to the Church being a true world-Church in a secularised world made up of numerous and complex elements,” he said.

“Pope Francis encourages us to get out of our comfort zones and be a Church which must go forth to everyone without exception.  He calls us all to be missionary disciples, a people for everyone abandoning the attitude of we have always done it this way. We are, in effect, being challenged to re-imagine our ministry.”

“Throughout the Congress we considered how theology can be used to overcome abuses of power in Church and Society,” he recalled.

“Evangelii Gaudium provides a contemporary and challenging reference point for that discussion, one that resonates in many countries right around the world, particularly those where we are working towards healing the hurts of the past and rediscovering and celebrating the joy of the Gospel.”

The Dr Friedrich Bechina of the Congregation for Catholic Education in the Vatican briefed delegates on important new international developments and initiatives in Catholic Higher Education saying that higher education institutions play a critical role in the mission of the Church.

“Around 700 faculties, specialist stand-alone or affiliated institutes of theology, philosophy, canon law as well as other more specialised ecclesiastical studies such as sacred music, archaeology or social communications make an ever more important contribution to the mission of the Church, and also to the world of Universities and society at large,” Dr Bechina said.

“This important work will always be carried out within the tension between the necessary rootedness within the Church, the responsibility for the faith of the faithful and the enterprise of exploring new answers to the question of our present time, drawing from the rich source of wisdom of the Gospel and the Catholic tradition.”

Fr Peter Hughes spoke about an exciting new concept for mission that has emerged through challenging the impact of extractive industries in the Amazon region.

He also presented a report on the co-operative initiatives of the US, Canadian and Latin American bishops through the work of the Comisión Interamericana for Human Rights.

“On his visit to Brazil last year Pope Francis implored the Church to assume its responsibility and play its part in saving the Amazon region,” Fr Peter Hughes said.

“The Amazon region is a huge area under immense pressure because of destruction caused to the rain forest and the rights of indigenous peoples to their lands and cultures which are being destroyed by the onslaught of mining, timber and hydro-electric dam mega projects.”

“Already 19% of the area has been destroyed and the remainder is in jeopardy which has serious consequences not just for the Amazon people or the people of Brazil, but for the entire world as the Amazon region plays a key role in the struggle against global warming and climate change.”

The Irish Columban continued, “Pope Francis has called on Christians, in virtue of their baptism, to become involved in a courageous and decisive way in the struggle to save the Amazon. Each and every one of us has a role to play whether it be challenging the mega projects directly, lobbying for the rights of the Amazon people to be respected or being responsible about our consumption of energy and other raw materials.”

Irish Catholics raised $50,000 to provide 25 theologians and scholars from developing countries with a grant towards their travel costs enabling them to take part in this important discussion.

The International Network of Societies for Catholic Theology (INSeCT) is made up of 35 Catholic theology societies from across the globe.

It was founded more than 20 years ago to provide a forum for exchange and support between Catholic theology societies around the world.

In particular, it seeks to support Catholic theological societies in the global south.

The Network Council meets every three years, the last meeting having taken place in Chicago in 2011.