Róisín Seoighe from Scoil Chuimsitheach Chiaráin, Carraroe, Co Galway was selected as the winner on Human Rights Day on December the 10th 2015.

Musicians Damien Dempsey, Christy Moore and Sharon Shannon all gave her bilingual ‘Freedom Song’ the thumbs up and paid tribute to her writing maturity and the raw emotion that the song evokes.

The charity single can be purchased here https://itun.es/ie/sEFU_ and all proceeds will be donated to PREDA. 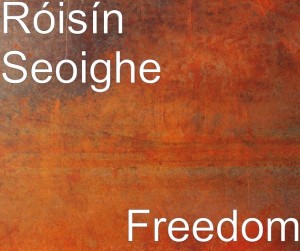 Róisín Seoighe decided to enter the song competition after viewing ‘Kids Behind Bars’ which gives an insight into the plight of vulnerable and destitute children in the Philippines.

“I really think PREDA and Fr Shay’s work is brilliant. The ‘Kids Behind Bars’ documentary really affected me. I couldn’t understand how people could lock children up in places like cages. I really hope people download freedom song to support the cause,” Róisín explained.

The story of Róisín’s solidarity song has caught the imagination of numerous radio stations and media outlets from America, Canada, Britain, Australia, the Philippines and Ireland.

Her video has been viewed almost 7,000 times in three weeks and shared on numerous Facebook pages.

PREDA is an acronym for People’s Recovery Empowerment Development Assistance Foundation which works to free children from lives of exploitation and poverty in the Philippines.

The charity was set up in 1974 by Irish priest and multiple Nobel Peace Prize nominee Fr Shay Cullen and has saved thousands of children over the decades from lives of destitution and exploitation.

The famous photo taken by Fr Shay of six-year-old Rosie being held prisoner in Manila helped spearhead helped a successful, ‘Kids Behind Bars’ campaign which resulted in 70% of criminal cases against child prisoners being dismissed.