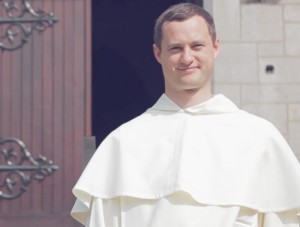 A four minute video prepared by a group of young Irish nuns and brothers has clocked up over 5,000 views on YouTube.

“The reaction to the video has been incredible,” said Brother Conor McDonough, a student brother with the Dominicans, who features in the clip.

“Teachers who’ve shown it in schools are telling us their students are genuinely interested and curious in our way of life. This is a great chance to tell people what we are about.”

Br Conor (28), a native of Salthill, Galway, will be ordained a deacon later this year.

In the video he speaks of his love for the Dominican way of life – living in community, the study and prayer, which are all “springboards for our mission which is preaching.” 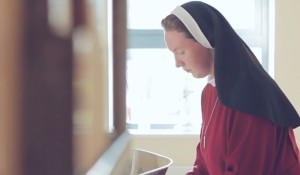 “It is very contemplative work. We’re working, we’re praying for those priests, for the people who receive the host that they’ll be touched in a special way by Jesus.”

The Redemptoristines wear a distinctive red habit which has earned them the nickname, ‘The Red Nuns’.

Brother Kevin Crowley, who is set to receive the Freedom of the City of Dublin for his work at the Capuchin Day Centre, also features in the video.

The 79-year-old Corkman explains his own vocation story.

“Even though I was enjoying life, I still had an unhappiness and this was because the Lord was calling me and I wasn’t answering the call. Being a religious brother means I have plenty of time to give to the people who attend the centre and to listen to their problems and difficulties.”

The Capuchin Day Centre provides up to 800 breakfasts and dinners each day. 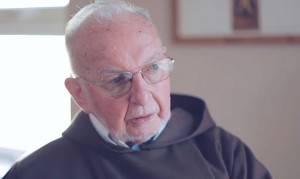 Sr Louise O’Rourke (35) from Athlone, who is a member of the Disciples of the Divine Master in Stillorgan, tells of how her calling has helped her to achieve personal fullfilment.

“I never thought I could do so many things. He takes those little things you’ve given Him and he multiplies them a hudredfold.”

Sr Louise currently ministers in the Archdiocese of Dublin as a canon lawyer and as the Assistant Vicar for Religious.

Pope Francis declared this year a ‘Year of Consecrated Life’.

This is in addition to 280,000 priests who are attached to dioceses.

An additional 2,800 religious priests are attached to dioceses.

‘Celebrating the Year of Consecrated Life’ may be viewed at: https://www.youtube.com/watch?v=LFRSRsmu1Xw