The death of a priest and a parishioner is being mourned in Belfast and Trenton, Illinois, following a freak boating accident on the Detroit River last Sunday.

Fr Stephen Rooney, aged 66, parish priest of St Joseph’s, Trenton, and parishioner Robert Chiles went missing on Sunday, near Grosse Isle, in Michigan, after the speedboat they were travelling in capsized near the largest island on the Detroit River.

Their fishing charter overturned when it hit a submerged rock in the river channel throwing all 14 people aboard into the water. A passing boat rescued 12 of those who had been aboard the boat, including seven children, but Fr Rooney and Mr Chiles appear to have been swept away by the current.

A search for the two missing men, using boats, divers and helicopters was organised by the US Coast Guard who found Mr Chiles’s body on Tuesday evening and Fr Rooney’s body early on Friday morning. 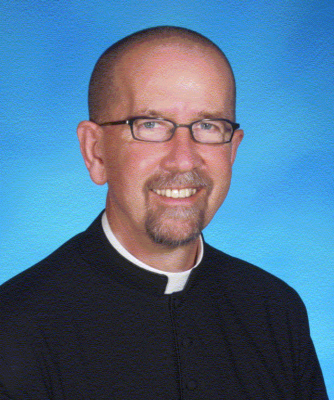 One of the survivors was Msgr Charles Kosanke, rector of the Basilica of St Anne and PP of Detroit’s Holy Trinity Parish. He told the Detroit Catholic newspaper: “The boating accident was an unspeakable tragedy that has affected the lives of many wonderful people. I am very grateful for the quick and unselfish response of nearby people whose actions prevented further loss of life. I continue to grieve tremendously for Fr. Stephen Rooney and Bob Chiles. May they rest in peace in eternal life.

The Archbishop of Detroit, Allen Vigneron, described the Irishman, who served in the United States for 33 years, as ‘an inspirational priest’.

The archbishop offered his sympathies to the families of both men. Fr Rooney grew up on  Belfast’s Short Strand and members of his family still live in Northern Ireland.

“I am deeply grieved by Sunday’s tragic boating incident and the loss of Fr. Rooney and St. Joseph parishioner Robert Chiles,” Archbishop Vigneron said. “Father was a beloved pastor and my deepest condolences go out to the parish community in this time of grief. I offer my condolences, as well, to the Chiles family. We are ardently praying for the eternal repose of this priest and his parishioner.”