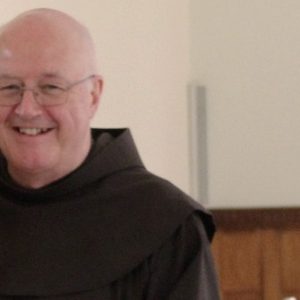 Ireland’s Franciscan Friars have a new Provincial, Fr Aidan McGrath OFM, who was elected at a chapter meeting at the Franciscan College in Gormanston, Co. Meath, this week.

Born in 1954 in Banbridge, Co. Down, Fr Aidan entered the Franciscan Novitiate in Killarney in 1972 and made his first profession the following year.

After studying at NUI Galway and the Gregorian University in Rome, he was ordained in 1980.

He completed a doctorate in canon law at the Gregorian University and subsequently served on the Church Marriage Tribunal.

His parents, Mickey and Kitty McGrath, were publicans and owners of McGrath’s Bar, and he and his five brothers and his sister were expected to help with the business as they grew up. As a result, when Fr Aidan became general secretary of the Franciscans, his local newspaper ran a feature on him under the headline ‘From bottling Guinness to dining with the Pope’. 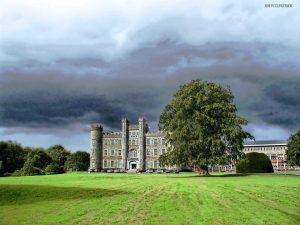 Brother Michael Perry OFM, the Minister General of the Franciscan Order, congratulated Fr Aidan on his appointment, saying that he could be assured of the prayers and support of his colleagues in Rome as he took on his new responsibility.

“There also is a small note of sadness as you leave the work of the office of the General Secretary of the Order,” said Bro Perry. “God will provide us with someone who can build on your tremendous work. However, there will be no one who will be able to replace your Northern Irish humour!”

The 80 friars present in Gormanston College for the chapter meeting also elected Fr Joe Condren OFM as their Vicar Provincial. A Dublin native, Fr. Joe had been serving in Zimbabwe in recent years.

Fr Aidan has also visited Zimbabwe a couple of times and described his experience there as “mind blowing”, with members of the congregation walking 15 miles to attend a 5am Mass that would be two-and-a-half hours in duration.