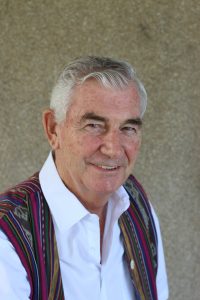 “Child bride-taking” is just a cover for “gross indecent criminal paedophilia” and a front to justify child sex and enable paedophiles escape the penalty of laws that forbid it, Fr Shay Cullen has warned.

In his latest blog, the Columban missionary highlights that among women between the ages of 20 to 24 worldwide, one in four has been forced into such relationships as a child bride.

“It cannot be marriage in the moral sense because clear knowledge, free consent and informed choice have to be present for such a union to be valid,” he underlines.

While laws are in place to forbid child marriages in most developing countries, according to Fr Cullen, they are generally ignored and the practice is widespread.

In Bangladesh, for example, 71 per cent of girls in rural areas are ‘married’ before they are 18 years old compared with 54 per cent in urban areas.

The percentage of girls forced into such relationships in Bangladesh with older men before the age of 15 years is 18 per cent, one of the highest rates in the world.

“These old men want sex with children, some only nine years old. What is the mentality, sexual urges and condition of these old men but a psychiatric phenomenon and surely a diagnosed mental disorder which is paedophilia?” Fr Cullen criticises.

He adds that a piece of paper saying it is ‘marriage’ may appear to make it legal, but it is not all right for the child.

“The child suffers brutal sex abuse and a loss of childhood, education and a life of human dignity. She is reduced to the sex slave status of young girls in many developing countries.”

“It seems the male-dominated culture and religious mores are created by paedophiles to satisfy their sexual demands and desires. Such cultural and religious practices have to be outlawed and the laws implemented,” the priest warns.

In Bangladesh, a new law was signed by the President on 11 March 2017 forbidding the marriage of adults and children. But Fr Cullen highlights that there is a built-in loophole that will still allow adults to marry children.

It says adult–child marriage is forbidden except in “special cases”. The law does not say what those special cases are. So paedophilia under the guise of so-called marriage, by approved laws, can still go on.

Poverty, according to the Philippines-based missionary, is the driving force behind many forced child brides.

Poor parents see their girl child as of lower status than boys and an economic benefit if they can sell her a ‘dowry’ in so-called ‘marriage’.

“It is income and the child is actually sold, it’s a form of human trafficking. They are seen as chattels, the property of the parents to do as they please even sold. The younger she is the more she earns for the family.

“The pain of being deprived a normal childhood, education, separated from their parents, their brothers and sisters, and made work. It is a terrible life experience of abuse. Cultural and religious practice it seems is designed to be a front to protect the arranged paedophilia,” Fr Cullen stresses.

He also highlights that some people say it is not paedophilia if the man has sex with a nine-year-old child provided it is approved by socio-cultural or religious custom. “They say the child marriage phenomenon is driven by socio-cultural forces and economic considerations.”

He explains that just a few brave people will report child sexual abuse where in fact it is a common community crime and as many as one in three girls as young as eight years old are victims of sexual abuse.

“Many such victims have been brought to the Preda child therapeutic care centre.”

He also challenges those who would seek to differentiate between paedophilia and the sexual abuse covered by a so-called marriage on paper.

He notes that Margaret Capelazo, CARE Canada’s gender equality adviser says, “there are absolutely no links between child, early and forced marriage and paedophilia.”

She contends that child marriage “is caused by social rules and biases that devalue girls, and related social and economic pressure. Paedophilia is a psychiatric phenomenon and a diagnosed mental disorder.”

But that does not wash with Fr Cullen.

“With all due respect to Margaret, it appears older men entering into a sex union with an 11-year-old child is more like paedophilia than ‘marriage’.

“The marriage is a front, a cultural arrangement made by men to have their way and pleasure by sexually abusing children without the penalty of the law. To save children from such grave sexual abuse, we have to campaign against child brides and expose it for what it is – legalised, economic, socio-cultural paedophilia.”