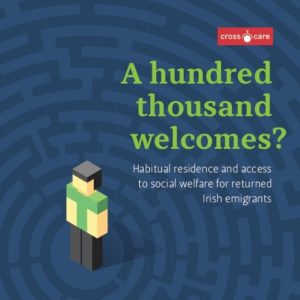 Irish emigrants returning from abroad are having difficulty accessing social welfare according to a recent report from the Crosscare Migrant Project.

Entitled A Hundred Thousand Welcomes? the report explores the difficulties experienced by Irish emigrants who have returned to live in Ireland and have been refused social welfare support.

The report presents findings from casework from the Crosscare Migrant Project involving over 250 returned emigrants in the previous two years, and a further 22 emigrants who took part in an online survey, who had been refused an entitlement as they were not deemed to be “habitually resident”.

According to the report, the five factors considered by Department of Employment Affairs and Social Protection (DEASP) deciding officers when assessing if a person is “habitually resident” are: the main centre of interest, the length and continuity of residence, the length and purpose of any absence from Ireland, the nature and pattern of employment and the “future intention to live in the Republic of Ireland as it appears from all the circumstances”.

“One significant change in the general Habitual Residence Condition (HRC) guidelines was the omission of a previous reference to the requirement to have a defined residence of at least two years in the State,” says the report. “This was deemed to be contrary to EU law and removed from the HRC guidelines in 2014.

“A provision, introduced in 2010, outlines the assessment for a social welfare payment, providing an applicant meets the standard assessment criteria for a specific allowance or benefit, and states that in relation to an assessment for a returning migrant, ‘A person who had previously been habitually resident in the State and who moved to live and work in another country and then resumes his/her long-term residence in the State may be regarded as being habitually resident immediately on his/her return to the State’.”

However, returned Irish emigrants have expressed their surprise and dismay with the social welfare process, with some having experienced homelessness and abject poverty. “Intimidating”, “demeaning” and “frustrating” are some of the expressions used to describe their experience in applying for social welfare support on return to Ireland.

The report also includes the experiences of Irish support organisations abroad who work with current emigrants who perceive the complications with access to social welfare as a barrier to return. This is causing them to choose not to return as soon as they would like.

“Many of the people we work with are returning in difficult circumstances such as homelessness, joblessness and with families to support,” said Danielle McLaughlin, policy officer with Crosscare. “Our service supports them to access the payments they are entitled to but this can take a long time in an urgent situation, which leaves them at considerable risk of abject poverty and poor health.”

Ms McLaughlin said that inconsistencies in how the assessments were made for social welfare needed to be addressed to “prevent this impact on people returning to live and work long term in Ireland”. 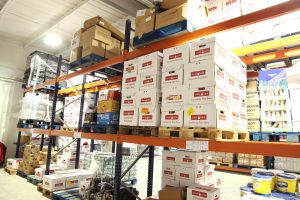 Pointing out how the Programme for Government included a commitment to support the return of Irish emigrants, she said Crosscare was keeping the Government updated on the inconsistencies in social welfare administration.  “We are advocating for all supports needed for families who return, to allow them the dignity to find their feet in Ireland whilst they find their way back into employment,” she added.

Ms McLaughlin told CatholicIreland that when Crosscare advocates on behalf of returned Irish emigrants, they can normally get a decision from the DEASP within a couple of weeks.

“There is an interim payment called ‘supplementary welfare allowance’ that people can apply for. That should be processed very quickly. If there’s an emergency need, there’s an ‘exceptional needs’ payment that can be issued on a discretionary basis. We’d argue that people should not be put at risk for five to nine months as we found in some cases.”

Among the key recommendations of A Hundred Thousand Welcomes are training for frontline DEASP staff on Habitual Residence Condition (HRC) for returning emigrants, user-friendly guides and application process, appropriate referrals for customers to supplementary supports and services, and publication of annual figures on HRC refusals for Irish citizens.