Home > News > New priest to be ordained today for Tuam

New priest to be ordained today for Tuam 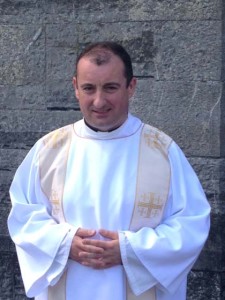 The 40-year-old priest is the first ordination for the diocese in two years.

Rev Flynn will celebrate his first Mass on Monday 9 June in Castlebar Church at 7pm.

His ordination follows the double ordination in 2012 of Frs Eugene O’Boyle and Shane Sullivan who now minister in Castlebar and Tuam respectively.

There are over 100 priests incardinated in Tuam with about 70 in active ministry.

The 55 parishes of the archdiocese cover a large portion of the West of Ireland, Galway, Mayo, parts of Roscommon and includes many of the Islands of the West coast. Knock Shrine and Croagh Patrick are in the diocese.

Separately, seminarians of the Pontifical Irish College in Rome will serve at Pentecost Sunday Mass in St Peter’s Basilica celebrated by Pope Francis.

The Mass, which takes place at 10am Rome time (9am Irish time) can be viewed on EWTN television, and on the internet by clicking on the video tab on www.vatican.va