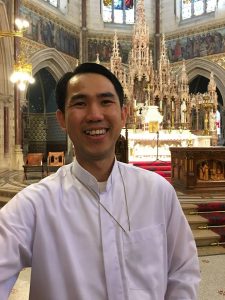 The Irish Church “needs to waken itself to the urgency” of the need to relearn the ability to speak the language of faith to young people, Archbishop Diarmuid Martin has said.

In his homily for the ordination of two priests belonging to the Salesian order, who are originally from Vietnam, the Archbishop of Dublin said Irish religious culture is changing.

The main body of the membership of Irish Catholicism and its leadership belong to an age and cultural group that is in many ways foreign to the culture of young people. The Irish Church needs to waken itself to the urgency of this situation.

In his homily, Dr Martin recognised that there is uncertainty about how to proceed in order to engage with young people and that change is not easy.

“Just as Don Bosco encountered much resistance from the mainstream Catholic structures of his time, there will be a sort of passive resistance today. Change is painful. There is, however, no alternative. Catholics must learn new ways in which they can win young hearts for what the teaching of Jesus involves,” he said.

Quoting from Pope Emeritus Benedict XVI, who said the challenge for the Church today is “to witness to God in a world that has problems finding Him”, the Archbishop said the Irish Church has to relearn the ability to speak the language of faith authentically in a world where that language may be alien.

“The Church in Ireland needs a radical overhaul in its outreach in faith towards young people and where better to begin than by reflecting on the life of Don Bosco.”

The call to disciples, he highlighted, is the “very opposite to a consumerist driven rushing for the non-essential” and the near divinisation of the superfluous and the transient in life. 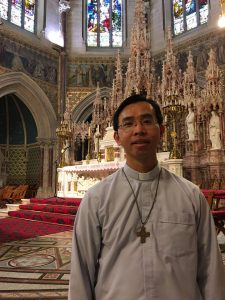 He said the Church as a faith community should be active and present in society, drawing attention to suffering and repression of any kind and being alongside those who suffer.

Christian belief has and will always have its contribution to bring to the formation of society.

He told Frs Dominic and Paul that they are called to priestly ordination “at a crucial moment in the life of the Church but also at a challenging and beautiful moment.

He also prayed for the Church in Vietnam and for its members who, he said, “often in the face of challenges live that message of the love of God revealed in Jesus Christ through a life of service.”