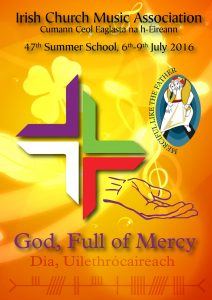 Up to two hundred participants are attending the annual Irish Church Music Association Summer School which opened this week in Maynooth with the theme ‘God, Full of Mercy’.

This will be the 47th ICMA summer school and it continues until 9 July.

The four-day programme provides musicians from around the country and beyond with an opportunity to sing and pray together, and to learn the best of Church music from the past and present.

According to ICMA Chairman, Fr Turlough Baxter, there is a great enthusiasm at the school this year.

“People are here from all over Ireland,” he told CatholicIreland.net. “Some new people and others who have been coming from quite a few years.”

Yesterday the College Chapel of Maynooth became a ‘Holy Door’ through which the participants walked and a special event last night commemorated the 1916 Rising and the Battle of the Somme.

The day ended with an evening of music and reflection lead by Tony Alonso, a theologian and one of the most prominent voices in contemporary liturgical music, who is presenting each day at the summer school.

Mr Alonso from the US has written such well known liturgical songs as ‘I’ll lift my eyes to the mountains.’

The ICMA Summer School is open to choir directors, choir members, parish musicians, students and anyone with an interest in being part of a celebration of Church music.

Participation at the school has a great effect on choir members, says Ian Callanan who is running one of the workshops at the school.

“It is a chance to be around other choir members and they are given resources and encouragement to keep doing what they are doing. They realise they are not in a vacuum,” he told CatholicIreland.net.

Mr Callanan who is one of Ireland’s leading composers of liturgical music, said that for choir members to do pieces with all the harmonies is a “fantastic experience, which they mightn’t perhaps have in their own parishes.” 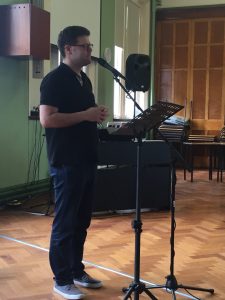 The summer school will focus on a blend of contemporary and traditional choral pieces with an emphasis on psalms, sacraments and music for the liturgical year in schools.

Of particular interest will be the addition of two workshops, one which will focus on music for funerals, weddings and baptisms, and another which will highlight music for special occasions in parish life such as pilgrimages and reconciliation services.

Mr Callanan said that there will be a focus on music for liturgies in parishes without priests (liturgy of the word) with participants being provided with resources to bring home to their parishes.

The summer school began on Wednesday. Each day there will be tutorials and workshops from 9.30am to 5pm and day visitors are welcome.

On Thursday, Bishop Francis Duffy celebrated the 5pm mass and the day will concluded at 8pm with a concert show casing pieces of music composed or performed by participants.

Today Friday, the 5pm mass will commemorate the life of Fr Jerry Threadgold, founder member of the Irish Church Music Association, who died during the year.

The school concludes on Saturday with a closing ‘festive’ evening prayer at 5pm.