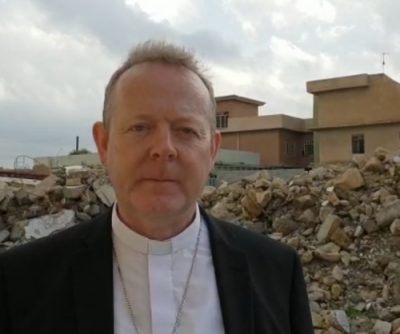 Ireland’s bishops are to engage digital media experts to advise them about communications in the age of the internet.

The move comes following an announcement that an International Observatory for Cyberbullying Prevention is to be set up in the Vatican.

The internet has been described by Pope Francis as a “resource of our time” and a source of knowledge that was once unthinkable.

However, while the internet provides humankind with an extraordinary possibility of access to knowledge, it has also proven to be an area “most exposed to disinformation and to the conscious and targeted distortion of facts”, he said.

The Pontiff pointed out that one of the paradoxes of our increasingly interconnected world is that more and more people feel alone. “The net is an opportunity to promote encounter with others, but it can also increase our self-isolation, like a web that can entrap us.

“Young people are the ones most exposed to the illusion that the social web can completely satisfy them on a relational level. There is the dangerous phenomenon of young people becoming social hermits, who risk alienating themselves completely from society.

“This dramatic situation reveals a serious rupture in the relational fabric of society, one we cannot ignore.”

Pope Francis said that another area of concern is the way the internet is being used to gather enormous amounts of personal information about individuals and how this information is then used to influence people for political and commercial reasons.

“We need to recognise how social networks, on the one hand, help us to better connect, rediscover, and assist one another; but on the other, lend themselves to the manipulation of personal data, aimed at obtaining political or economic advantages, without due respect for the person and his or her rights.”

Responding to the Pope’s message, Archbishop Eamon Martin of Armagh said: “I especially welcome the announcement that an International Observatory for Cyberbullying Prevention will be established with its headquarters in the Vatican.

“Over the coming months, through our own Council for Communications, I hope to engage with experts in this field in Ireland to help to promote the constructive use of digital media in our society.

“The ways by which we express ourselves have changed radically as we can now publish our ideas immediately, and on a multiplicity of platforms. There is great potential in social media to communicate the truth of the Gospel on the digital highways. It is important that we do so at all times with compassion and love.

“In the coming months, as we reflect on the message of Pope Francis, I encourage everyone to put away falsehood and speak the truth, both on digital media and in our daily lives.”