Large Irish contingent travel to joint Ireland / UK hosted summer gathering of Focolare in Liverpool. "Here we are almost at the 100th anniversary of 1916, signing up with England, Ireland, Scotland and Wales in a moment of unity, of reconciliation, of prayer.  It is a poignant moment," remarks Bishop Brendan Leahy. 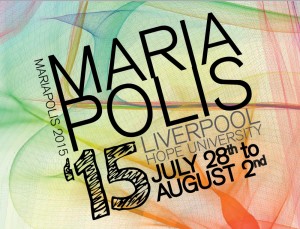 Over 100 people will travel to Hope University from Ireland for the Focolare’s first joint UK and Ireland summer gathering or ‘Mariapolis’ entitled ‘Signs of Hope’.  “Expectations are high,” says Barry Redmond from Dublin one of the organisers of the event. “People are excited at this development.  We hope it is going to be a mutually enriching cultural experience and discovery of each other.”

The Irish group will join another 650 people at the Focolare summer gathering at Hope University, Liverpool,  which  runs from Tuesday 28th July until Sunday 2nd August 2015.  The event, with a strong presence of young people, is described as “not simply a holiday or a retreat” but “a place where people come to explore and live out the Gospel message of love”.

Each day will begin with a  ‘launch-pad’ moment for all ages together, followed by a key note address and separate programmes for toddlers and young people up to 18. There are also ‘Streams’ – where participants can choose to focus on a particular theme –  Interfaith Dialogue, Christian Unity or the impact of the Gospel on society, the environment, family or education.

Among the keynote speakers are Bishop Brendan Leahy and Mohammed Ali Shomali, Director of the Islamic Centre of England who will look at how a culture of dialogue with others results from living a spirituality of unity.   “Love is the synthesis of the Gospel. In many ways, love is the characteristic method of the Focolare in its dialogues,” says Bishop Leahy. “Also because members of other religions share the Golden Rule in common – ‘Do to others what you would like done unto you; don’t do to others what you wouldn’t like done to you’.”

Dr J.S. Puri, a leader of the Sikh community in Ireland will also address the gathering.

While it is easy to become discouraged looking at the news today, Focolare Co  Director in Britain Noreen Lockhart points to the witness of Focolare communities, present in 190 countries, many of in war torn situations.  “Isn’t it Gandhi who challenged us to be the change we want to see?” she asks.

Bishop Leahy is not dismayed by bad news either. “If  we were to look at all the facts and figures and statistics at the moment, we’d give up but the first Christians were also faced with difficulties and yet they kept going and made a difference.  Empires and regimes come and go but the message of Christianity keeps going and like a silent heartbeat it is gathering the world together gradually.” 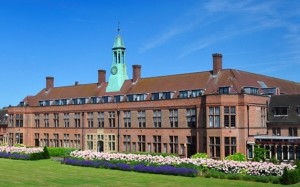 Other key speakers include Professor Pillay, Vice Chancellor of Liverpool Hope University.  The University has supported Focolare’s work in many ways – awarding Chiara Lubich, Focolare’s founder an honorary degree shortly before her death in 2008.  The week will see the inauguration of a piece of artwork commissioned by the University from Focolare’s international arts centre in Loppiano, Tuscany.  “The archway will be a symbol of the unity of this ecumenical university spanning the main road which unites what were previously two denominational colleges,” explains Noreen Lockhart.

Signs of Hope is open to the public each day. For further information see www.focolare.org/gb