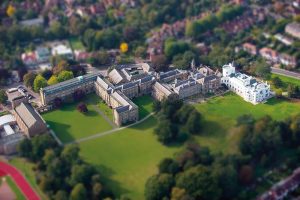 Young people in Ireland are still religious, according to a new report covering 22 European countries. The report prepared by two European universities to inform the work of the 2018 Synod of Bishops to be held in October 2018, shows that 99% of Israeli, 83% of Polish, 75% of Lithuanian, and 61% of Irish young adults claim a religious affiliation.

“Ireland’s young adults are – contrary to recent reports – still remarkably religious, at least by the standards of other highly developed European nations. Meanwhile, countries that had, until quite recently, traditionally strong religious cultures – Lithuania, Belgium, Netherlands, Austria – look to be in serious trouble, in terms of the coming generations,” said author Prof Stephen Bullivant.

In its key findings the report states that “despite widely-reported religious decline in Ireland”, 54% of young adults there identify as Catholics. A quarter of young Irish Catholics attend Mass weekly, and over 40% say they pray weekly. These rates are among the highest in Europe.

In response to the report, Fr Chris O Donnell, who spent many years in youth work in the Diocese of Limerick, stated that the Mass going figures are positive given that nowadays young people attend Mass of their own free will and not through a sense of obligation or because of pressure from family or community. He hoped the statistics will give heart to young Irish Catholics to know that they are not alone in practising their faith.

“It is hard to be young and a person of faith and I’d like to think that these figures would help them to know you are not on your own,” he said on RTE Radio 1’s Drivetime programme. While he said that mass going figures could be better he added that going to mass is not the only gauge of faith and that many “pray and have a sense of God in their daily lives” and might not express their faith in a traditional way.

The research was published by academics from St Mary’s University, Twickenham, and the Institut Catholique de Paris (ICP) and looks at levels of religious affiliation and practice among 16-29 year-olds in 22 European countries. The research analyses recent data from the European Social Survey.

It found that the proportion of young adults who say they have ‘no religion’ ranged between 1% in Israel to 91% in the Czech Republic. The UK, where 70% of young adults claim no religious affiliation, ranked fifth highest on the list.

“The differences in the religiousness – or as dominates in many countries, non-religiousness – of 16-29 year-olds in our sample of European countries is genuinely remarkable, There are, moreover, some genuine surprises in the data.” Prof Bullivant said. While pointing to Ireland’s young people as ‘remarkably religious’ he added: “countries that had, until quite recently, traditionally strong religious cultures – Lithuania, Belgium, Netherlands, Austria – look to be in serious trouble, in terms of the coming generations.” 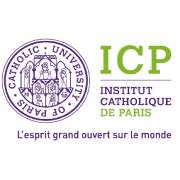 The study looks at the actual practice of religion and found that only in four countries more than one in ten attend religious services at least once a week. Again Ireland is in the top four European countries, 15% claim to attend (but 26% do not), in Poland 39% of young people attend, in Israel 26%, and in Portugal 20%. All other countries are in single digit percentages. The study states that it is “noteworthy” that there are uniformly high levels of those who never attend religious services among a cluster of northwestern European countries – France, Belgium, the Netherlands, the UK and Spain.

The final chapter in the report looks at the religiosity of young people in the UK and France in more detail. The report notes that the theme for the Synod is “Young People, the faith, and vocational discernment” and expresses the hope that the statistical ‘facts’ will prove useful to both the synod ‘s deliberations, and to the wider thinking and action of the church as a whole.

For the full report see: https://www.stmarys.ac.uk/research/centres/benedict-xvi/docs/2018-mar-europe-young-people-report-eng.pdf